A few years ago, I picked up a JL Products RotoFlow 24 ounce fuel tank.  I installed it first into my WildHare Slick 540 and the tank performed admirably but during an effort to lighten up that bird it was swapped out for one of the “water bottle” type tanks and the RotoFlow was transplanted into my (at that time new) Mustang where it has continued to work great.  Based on that success, a second RotoFlow tank was purchased and placed into my buddy Kelly’s 50cc P-40.

The P-40 is a beautiful bird but it has had its share of vibration induced problems (single cylinder gassers just vibrate more than most other engines) and during a recent repair session on that airplane we pulled the tank to get to the motor mounting bolts more easily and noticed something odd.  The clunk wasn’t rotating!  Holding it up to light showed something that looked a bit alarming…. 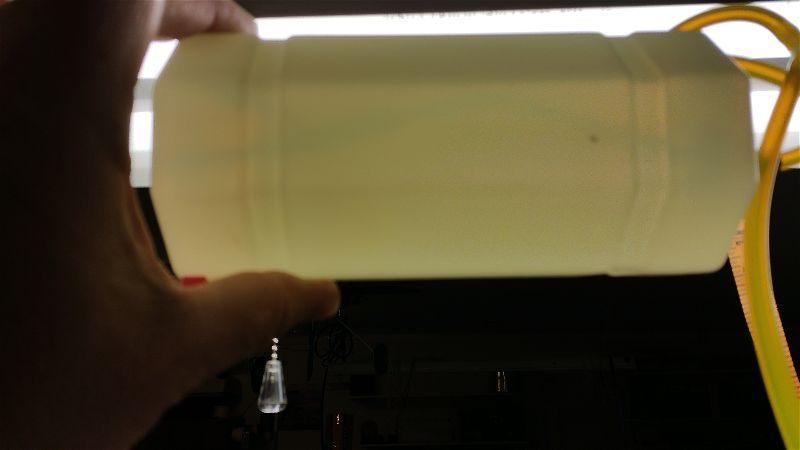 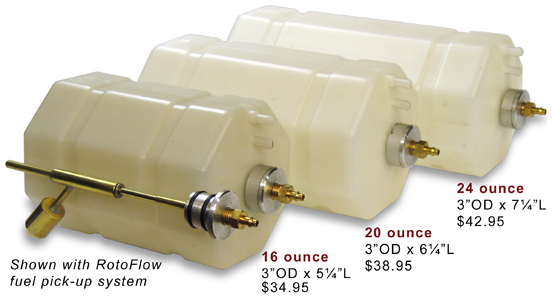 The good news is that after a quick email to these guys, a new tank was on it’s way.  They did not ask for the old tank back so we were able to slice into the tank and get a better look. 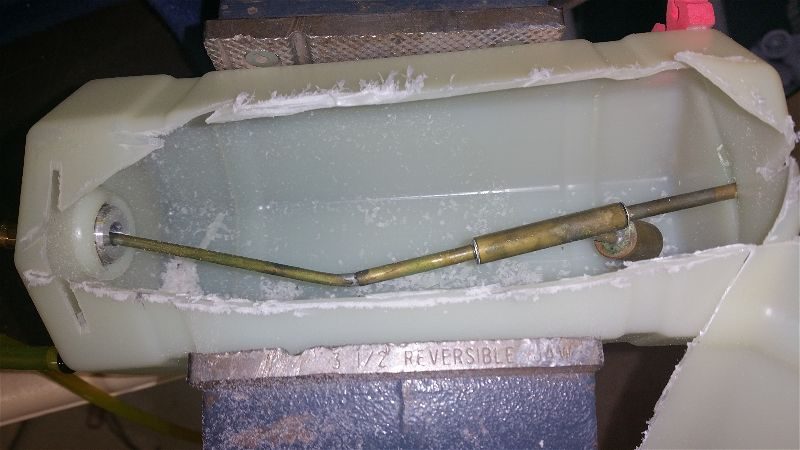 There are no loose solder joints… no obvious slippage of parts… and that outer case is thick, fairly rigid and very tough!  It was a bit mind bending (no pun intended) to understand how this brass tubing got in this shape.  At first we thought “The aircraft has not crashed and that tubing is pretty stiff!”  Based on this I had to assume this was a manufacturing defect.   Thinking back over the weeks since, we realized this tank was in the P40 that preceded this one and it did crash… hard… mostly on the nose!  That impact has to have been transmitted back to the nose of the tank and caused this bending… even though the outer part of the tank looked perfectly normal… I suspect there was a brief collapsing of the tank that caused this and then a spring back to shape that hid it!  It has been flown quite a bit since then without issue but probably not inverted for any time and never down past about half a tank so the clunk being stuck but still drawing fuel was good enough.

The folks at JL Products have gone above and beyond and sent an immediate replacement without question.  Not only without hassle but even with apologies.  Of course, at the time we thought it hadn’t been crashed so felt that this was excellent service and a fair deal.  Good customer service is not dead.  I’ll keep buying from the good folks at JL and the new tank is in place and the P40 good to go once again.