During our sojourn to Toledo, Ohio for the annual weak signals show many of us picked up some new toys.  One of the items that found its way home with us was the ZippKits “Tugster” tug boat kit, purchased by my friend Steve.  He had the idea of building up the Tugster for use in aircraft retrieval.

Now, about 6 months later, the little tug boat has been assembled and prettied up for its big debut.  I think Steve put it all together in just the last couple weeks.  Here is the big launch. 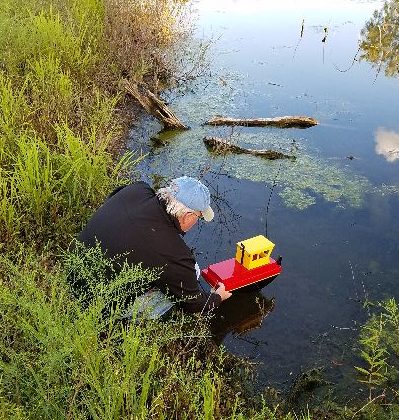 From Steve’s description, the little tug went together quickly and fairly easily. And it appears to have good power!

Steve also reported that the Hardware Kit was quite complete and had pretty much everything needed minus the radio system (receiver and transmitter needed). 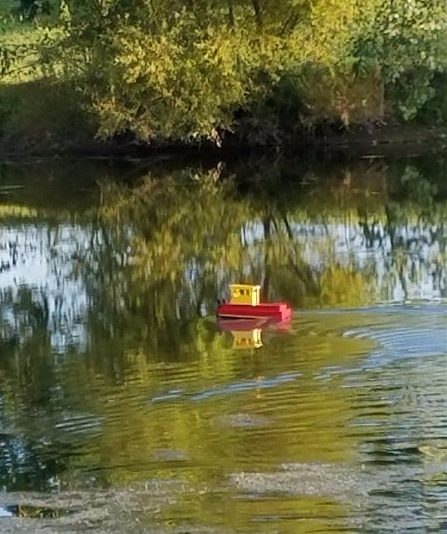 Here is a side by side with my Timber out on her floats for the first time. 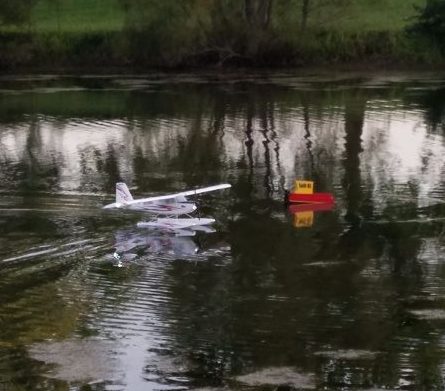 The little boat seems to have quite a bit of power.  Certainly it easily shoved the Timber around!  The supplied batteries (2 x 6V 4.5AH batteries) needed only 450mah to recharge to full after out poking around at the pond for the better part of an hour the other night so it is hard to imagine recharge being needed during a day at the lake.

The Tugster may see some action here in a couple days as we have our club float fly this weekend.  We’ll see how she does as a real work boat.