While working with a new pilot at our club field the other day he mentioned that in order to get his charger to properly work with the battery he was using for his on board glow (a pretty standard 4.8V NiMH pack) he had to bend the wires just right and/or stick pins in the connecter, etc…

I immediately told him this was NOT the norm and he should not continue this practice.  This is a warning that something isn’t right and we need to figure out what and why.  He took the battery out and we tried to check the voltage and sure enough the connector was almost impossible to get a good connection on…  I volunteered to take it home for further investigation and likely swap out the connector.  It was clearly labeled as a 2300mah NiMH from one of the more recently arrived web based resellers and a quick browse showed claims that it is a low discharge NiMH variant.  Some call these Hybrid NiMH and there are other terms.  The nice thing about this type of NiMH is that have a low discharge rate when stored so they don’t tend to drop their capacity between flight sessions like many NiMH batteries do.  I wouldn’t use a standard NiMH if I could avoid it because I just can’t count on them to be ready when I am and I don’t always know I’m going flying, sometimes until a couple hours before leaving for the airfield.  Standard NiMH with their high on the shelf discharge rates just don’t work for me.  This is especially true when you combine that with the low charge rates most will tolerate.  I can’t store them fully charged and expect them to hold for long and I can’t fast charge them…. just doesn’t fit my flying habits at all.

This battery looked like a nice combination of low price and a reasonable battery technology for our needs in RC aircraft.  Combine that with a low price and maybe there was something to be happy about here.  But what about that connector?  When I got the battery home I decided the connector was just not very good quality.  The pins (sockets really) were moving to much in the plug and didn’t appear to have been crimped evenly.  Next I noticed that the wires were significantly smaller than the average servo wires I’m used to.  Maybe 26 gauge instead of 24?  I’d rather replace the lead than splice it anyway so I took off the outer shrink wrap and this is what I found…. 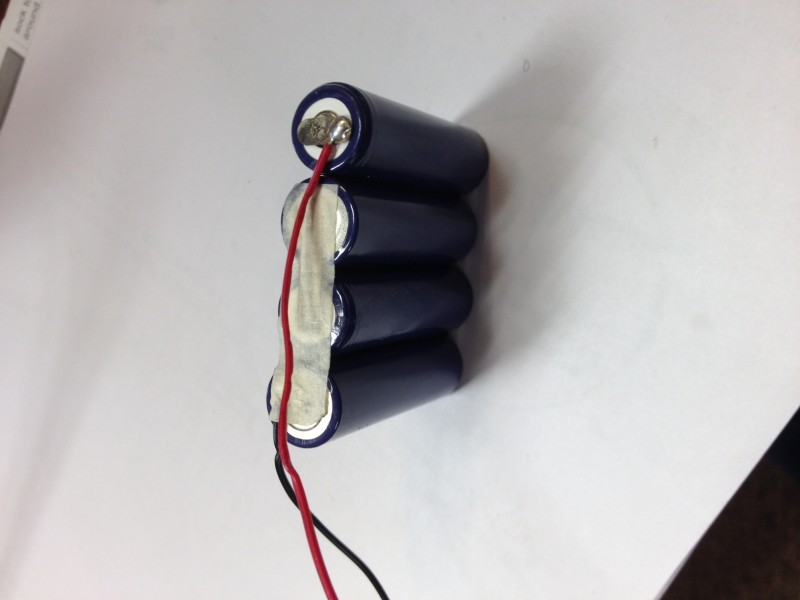 First of all, I wonder if using what appears to be masking tape as the insulator to keep the wires from laying directly on the battery ends is the best choice or just an economical one?  I guess it’s not terrible since I presume it’s there to prevent chafing more than electrical insulation or perhaps just to aid in assembling the battery.  I’m used to seeing strapping tape/fiberglass tape here.  Seems like the masking tape might attract some unwanted moisture though.  Anyway, that isn’t so bad but the wires being so thin I did not like.  Seems like some slightly larger gauge silicon wire would be ideal but I guess you can only expect so much for single digit (dollars) pricing.

I then started to strip the tape and de-solder the wires when I noticed the following. 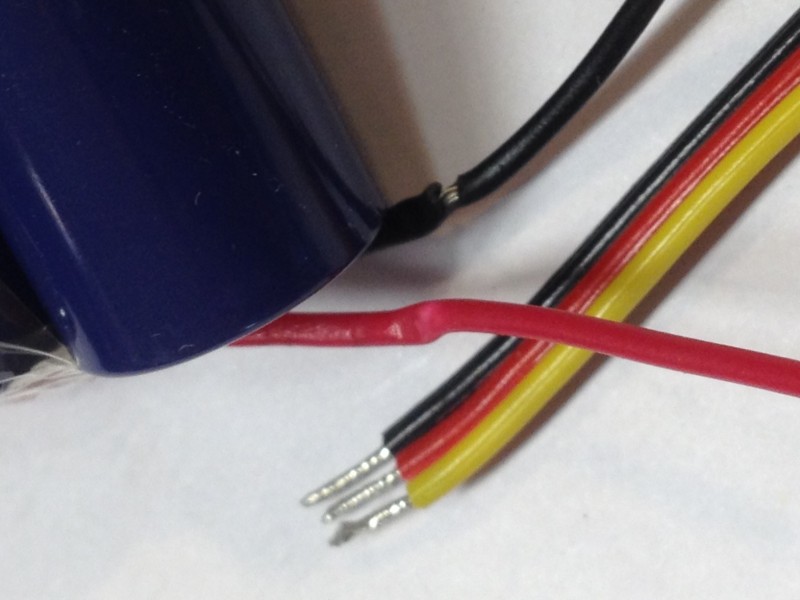 Do you see the insulation cut on the black wire?  This was caused by the outer shrink wrap around the battery cutting into the insulation on the wires.  Either the shrink wrap should have been applied differently/softer heat shrink used or perhaps a wire shield/wrap/guard of some sort used around wires.  I’ve seen others use a nice rubberized sleeve (maybe just some appropriately sized heat shrink) to keep this from happening and add some stress relief in this area.  Hmmm… bad connectors and questionable construction/poor quality control…  Makes me think the savings on this battery might not have been such a bargain after all.

My point here is really just a long winded way of saying that very often in this hobby, “you get what you pay for” applies.  Even when you are buying something as mundane as a basic 4.8V NiMH pack.  I have no idea how good the cells that make up this pack really are.  Time will tell.  But even if they are top end like Sanyo Eneloop, the short cuts they took to make this pack more of a “bargain” could easily have resulted in a high cost to the user.  If the cut had been in the red wire and it had shorted to the negative can of the battery it was sitting on top of, the best cells in the world wouldn’t have helped.  Same for the connector that wouldn’t reliably do its job.  Every little bit of quality I can get in my airplane products is welcome.

Hopefully, with the new lead attached and a few wraps of some decent quality electrical tape, this “bargain” battery pack really will be.