Spent a few minutes last night to make a few changes to the throttle linkage that caused me issues on the P51.  Here is the updated version. 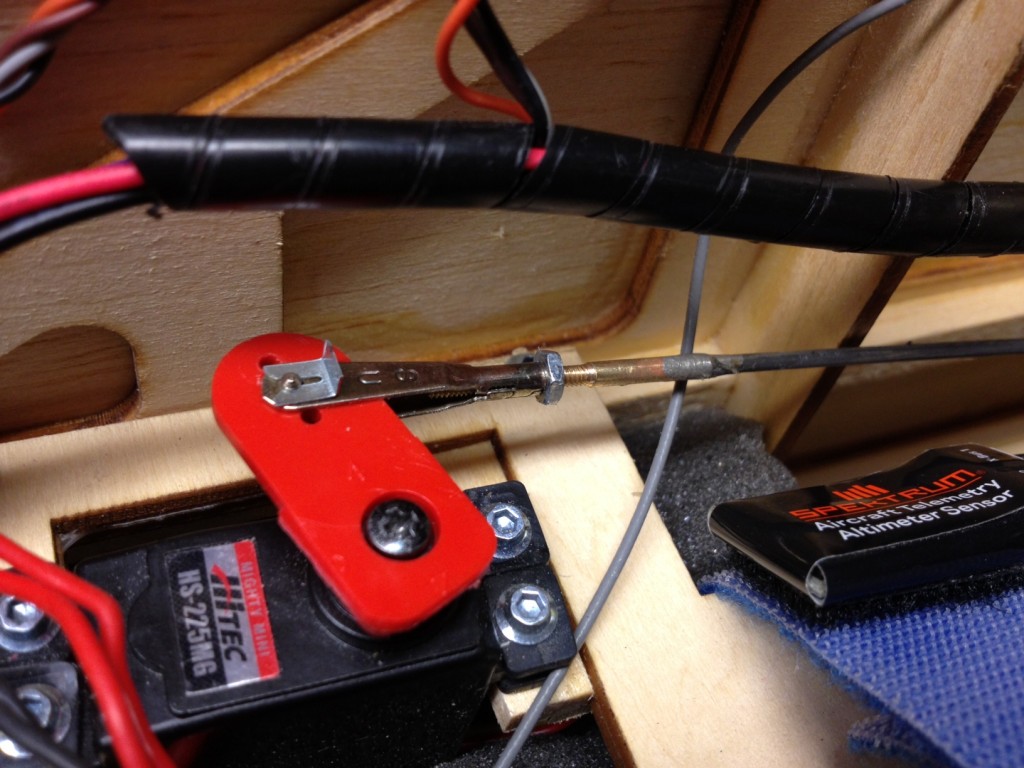 As you see I swapped arms to a fixed heavy duty Hitec arm as well as shortening the 2-56 rod and soldering on a coupler that takes me to a 2-56 threaded end.  Then put a clevis with jam nut and retaining clip on to minimize chances of another disconnect.  After getting the jam nut tight I coated it with a bit of clear finger nail polish to further eliminate any vibration induced loosening.  I then coated the threads on the screw going into the servo (which are all metal) to help on that side as well.  I could use some thread lock but need to make sure I can move it one more time when I adjust the throttle throws (if necessary) whenever I run it next.

I am open to suggestions but I think this will eliminate a re-occurrence of the issue that has me ordering a new wing!  At least I hope so.  The throttle end is held on with a 4-40 bolt through type ball link connector with a nylon insert nut so I don’t expect issues on that end.  I cleaned up any other issues under the cowl and will reassemble that tonight and then the Mustang will get parked safely in a corner of the shop until the wing gets rebuilt.  Probably will become a hangar queen for the winter and look forward to maiden day next year!