I received this UMX P-47 as a Christmas gift a couple years ago.  I have a warm place in my heart for the P-47 as my Grandfather helped put thousands in the air while working in the Republic plant in Evansville, Indiana.  I checked the markings and this model is based on an Evansville bird!  Excellent. 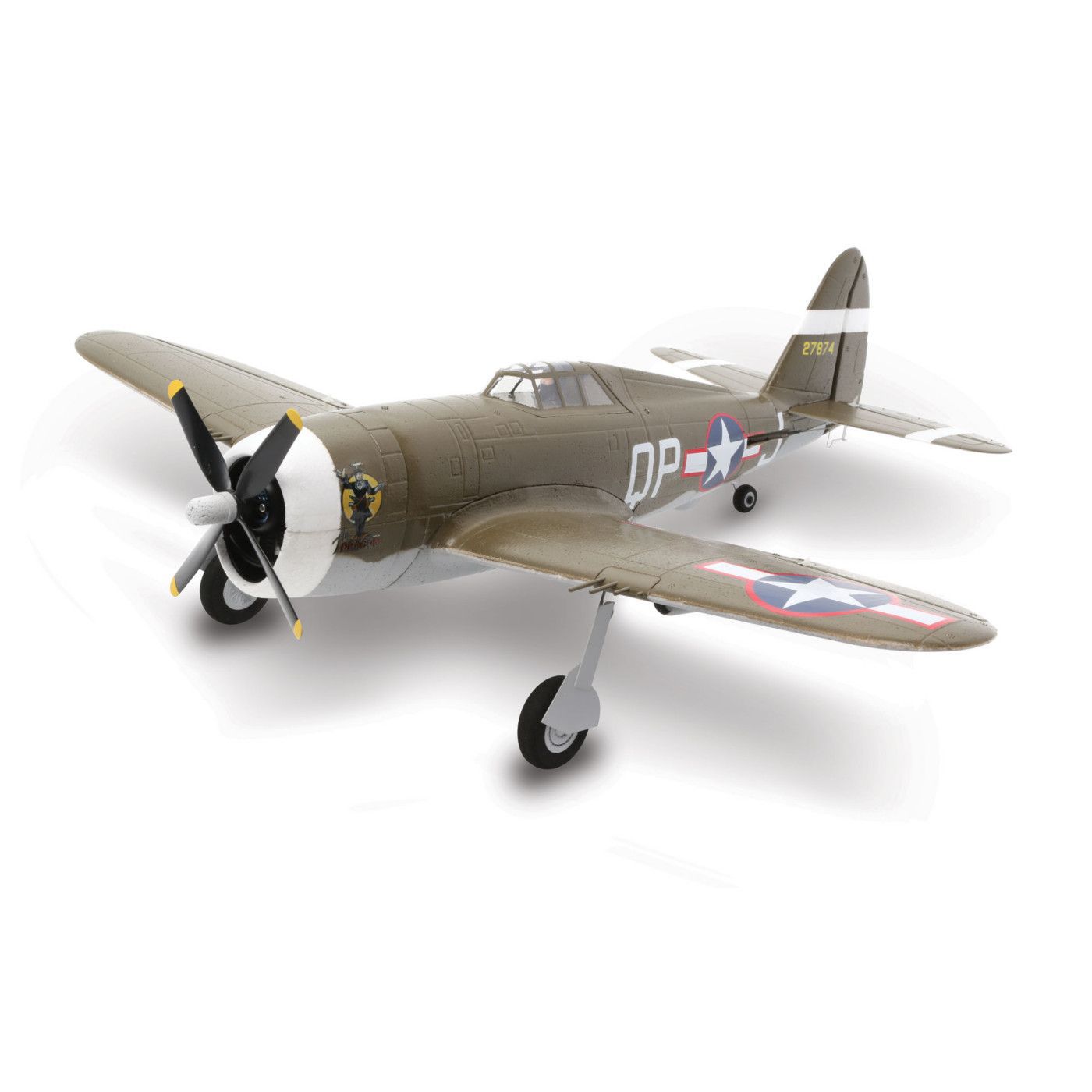 The P-47 was one of the primary work horses of WWII.  It was a favorite with a lot of pilots as it offered that most favored of qualities, survivability.  With plenty of armor protecting the pilot, a reliable air cooled engine and (as long as you had altitude) a dive speed that almost no other plane could match providing an escape if worse came to worse, a lot of pilots survived missions in a P-47 that would have had different results in other birds.   This led to a popular saying during WWII “If you want to get the girl fly a P-51, if you want to go home to your girl strap on a P-47.”

It was also heavily armed with 8 fifty caliber machine guns and could carry 3400 rounds of ammo along with an impressive load of bombs equal to more than a third of what the B-17 bomber could carry and so became a favorite with the ground troops as well, providing a lot of support to the boys below.

For all these reasons, I love a P-47 and though I don’t get to fly it often I do enjoy it.  It flies well for its size, is fast enough to look like its doing what it should be, and it tracks nicely, I’m sure partly due to the on board AS3X stabilization.  It requires a good size space to fly indoors and can’t take too much wind so outdoors is limited, thus the limited flying time.

Starting last year I’ve had the opportunity to fly at one indoor venue over the winter months that is large enough to enjoy flying this bird in.  It was during one of these events that I started having a weird issue with the aircraft.

Occasionally, the bird would suddenly and completely lose power while taxiing.   This happened once and I thought I just had a bad battery.  The second time it started working again when I picked it up and re-plugged the same battery…  odd.    After that flight it went back in it’s portable hangar and sat for a couple weeks ’till the next indoor at which time I took it out and tried to fly again… It was only when the spark happened as I plugged in the battery that I recalled the previous issues.  I quickly disconnected a rather warm battery…  YIKES!  A close examination of the area helped locate the issue… 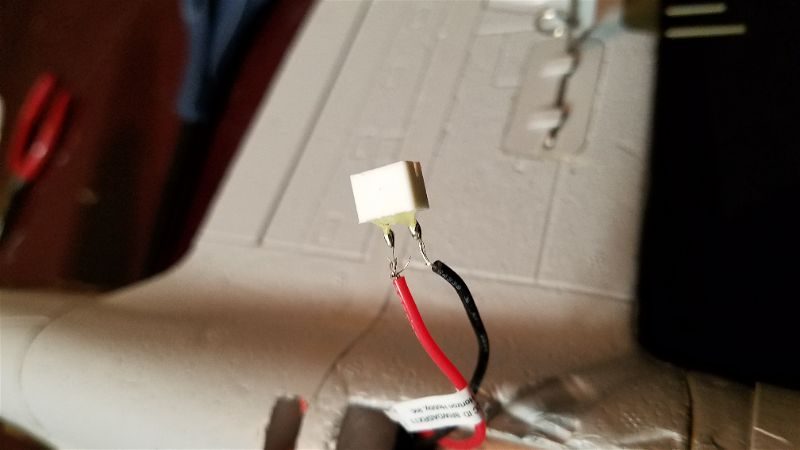 As you can see, the insulation has pulled back and several strands of the multi-stranded wire are trying to make some “non-approved” connections!

To cure this problem I first cut off the remaining strands and then reattached them with the use of my handy “helping hands” soldering clamp. 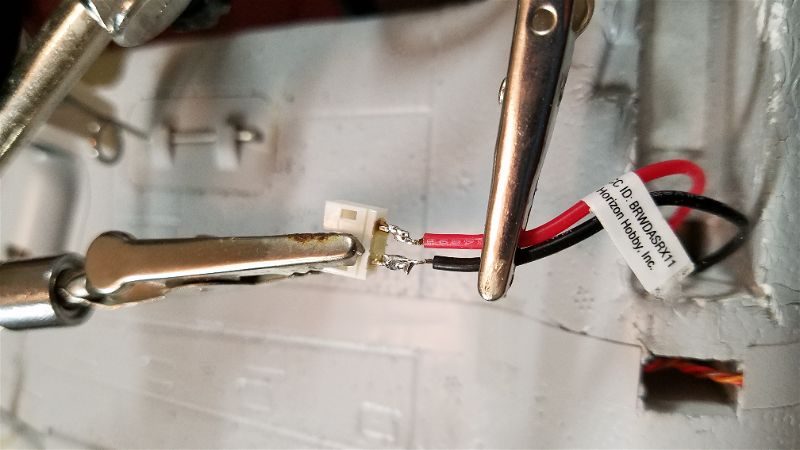 Once that was accomplished I used some liquid tape to insure that no more unapproved connections were going to occur. 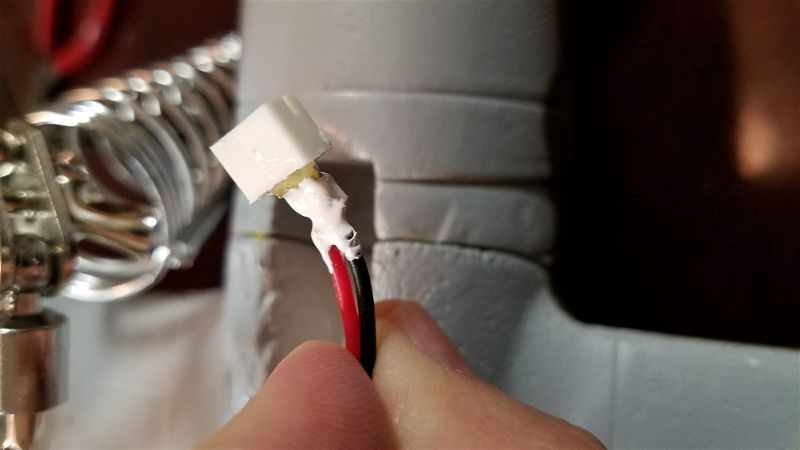 Then to help further protect the connection I applied some shrink wrap.  Here’s the final product.

I’ve since gotten 4 flights on the “Jug” without issue.  Unfortunately, with the recent outbreak of Covid-19… further flights are probably months away, but I am happy to report that the P-47 is back to mission ready status.  Here’s hoping we can all be healthy and back to this wonderful hobby soon.