Sometimes I hit a lull in my own building and repair efforts and often that’s because my buddies need my help or just a place to work on some airplanes and I have enough open table space in the shop to let them leave a project sitting between sessions.  There aren’t very many RC airplane projects I don’t enjoy working on or at least lending a hand with and as long as I’m not in a rush to get some critical repair done on one of my own planes it just gives me a chance to see some more airplanes and learn something new.

Lately I’ve been busy with other things so haven’t done much work on my own planes, but have had a few of my buddies projects brewing in the shop.  One such recent project was this Green Models Jenny.  Now available through Maxford.  I found their website at www.maxfordusa.com. 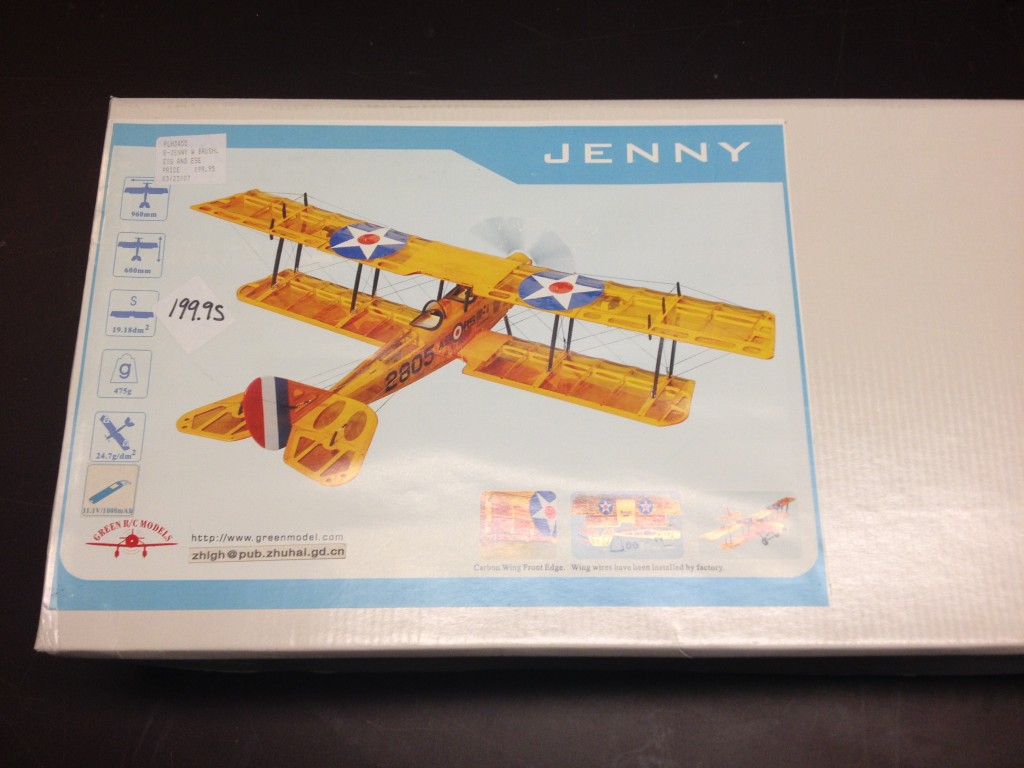 This is 38″ wingspan electric that had been languishing at the local hobby store for a while before the new owner decided to make Steve an offer he couldn’t refuse in order to get it off his shelves.  After unpacking it and admiring the beautiful structural work, transparent covering and all the guy wiring and control lines… we started out to assemble it.  Immediately deciding we should just glue the tail surfaces in place rather than rely on just the screws (which didn’t seem to hold it very tightly) we mixed up some epoxy and got it all aligned and settled in place.  Of course we then quickly decided that the wing seemed to be meant to be put in place from the tail forward… OOOPS!  Well, with a bit of cursing and removing the struts we managed to do it from the front and all was well.  Hey, we were working without full instructions and gathering what info we could easily find on the web… and all’s well since the result look pretty good! 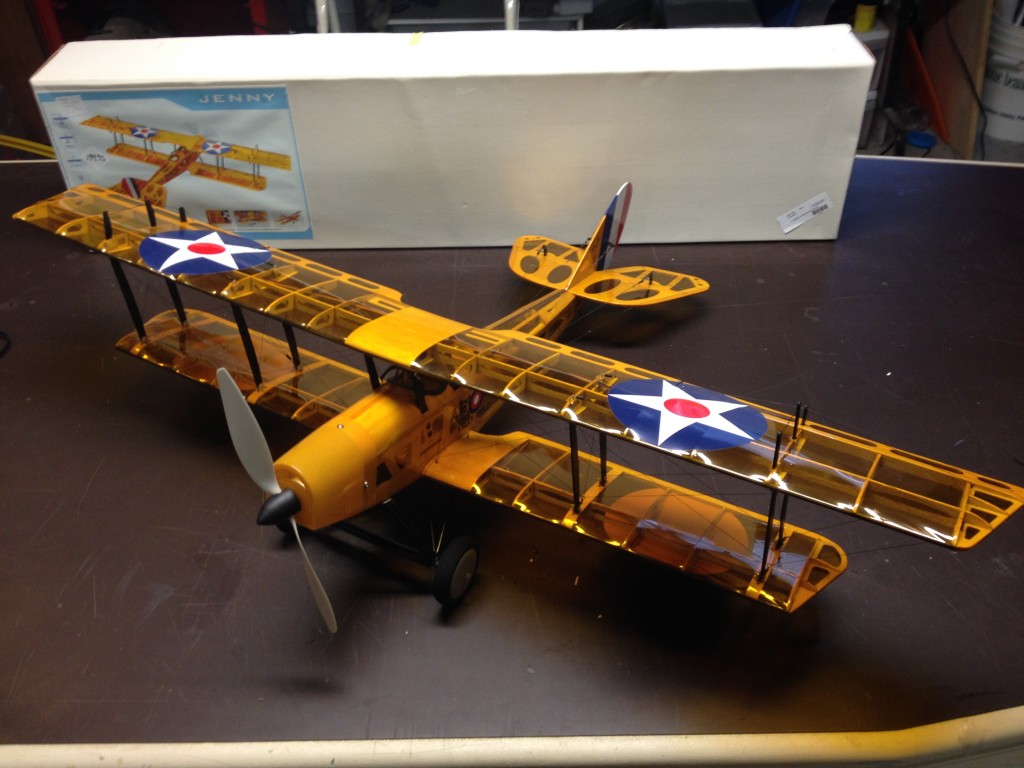 The pull-pull system employed for all of the tail surfaces is actually a method I prefer and it is very light, so ideal for a small electric like this.  Assembling them was a bit of a pain, but hopefully you only do that once so it should work out.  We managed to break one of the “wires” connecting the wings whilst assembling the model but repair with a bit of thread was pretty simple so no big deal there.  Steve found some larger but still appropriate looking wheels and the motor seemed to get warm quickly with the stock propeller but tests with something a bit smaller seemed promising.  We also noticed that every bolt and nut holding the wings together would practically fall off immediately without a bit of thread lock so that has been taken care of as well.  I’d consider buying a set of small (I guess these might be 2-56) nylon insert aircraft type nuts but the the thread lock should work for now.

It’ll probably be a few weeks ’till we get a chance to go get a maiden flight but based on thrust tests in the shop and reports I’ve seen on line, I expect good flying.  I’ll post an update and hopefully some in flight or at least day of flight photos whenever that happens