This weekend is a float fly so I have been in the shop lately swapping out the wheels on several of my airplanes for floats.  I’ve been flying off floats whenever the opportunity arrives for a number of years now and I thought I’d try to share both the attachment method I use on my Telemaster and some of the tips and pitfalls for float attachment and float flying that I’ve learned over that time.

Here are a few quick float sizing/attachment guidelines that I have found will greatly increase your chances for success.

Here are the floats I use on my Telemaster 40. 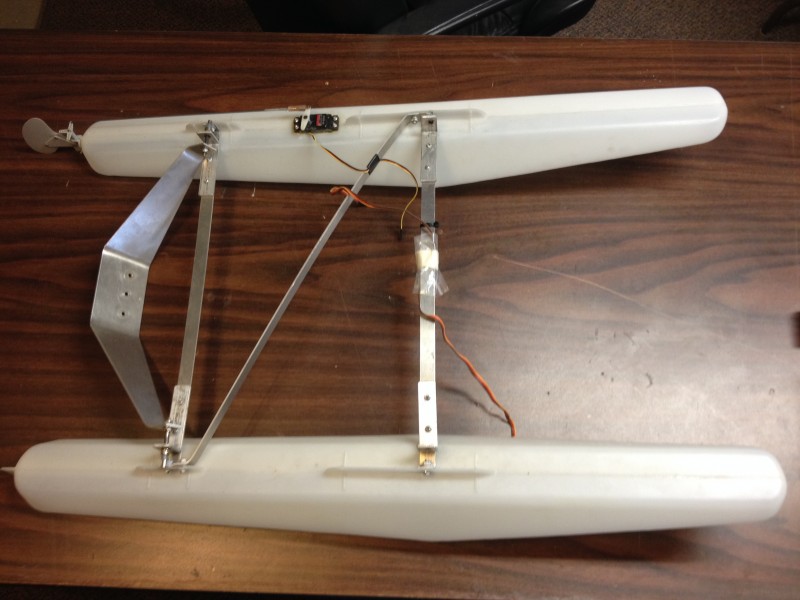 As you can see, I use a second aluminum landing gear as a secondary support, and Ernst water rudder and a separate water rudder servo.

Below you can see the rear mounting holes (there are blind nuts inside the body) that the rear landing gear mounts to.  Right behind that is the battery hatch. 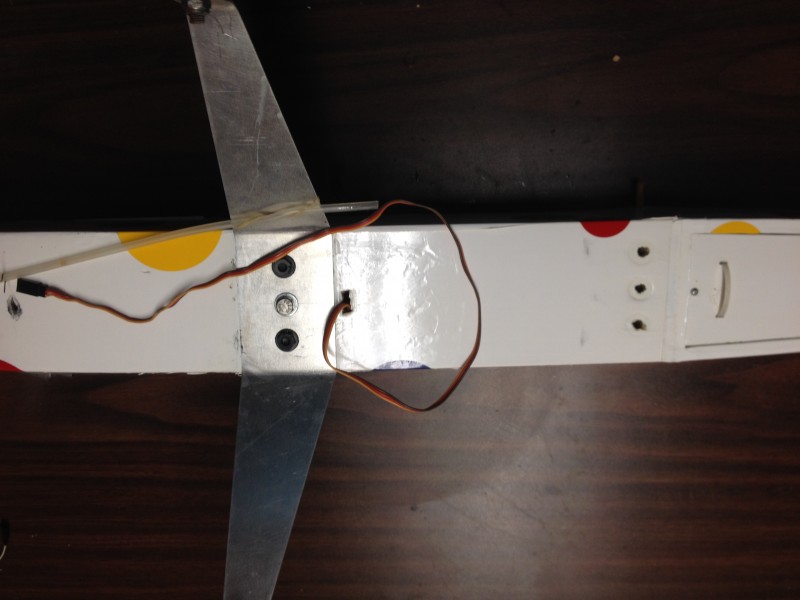 Below is the “on float” servo that drives the water rudder.  This servo has been specifically water proofed but is otherwise a standard servo.  While some espouse dual water rudders, I have seen very little need. 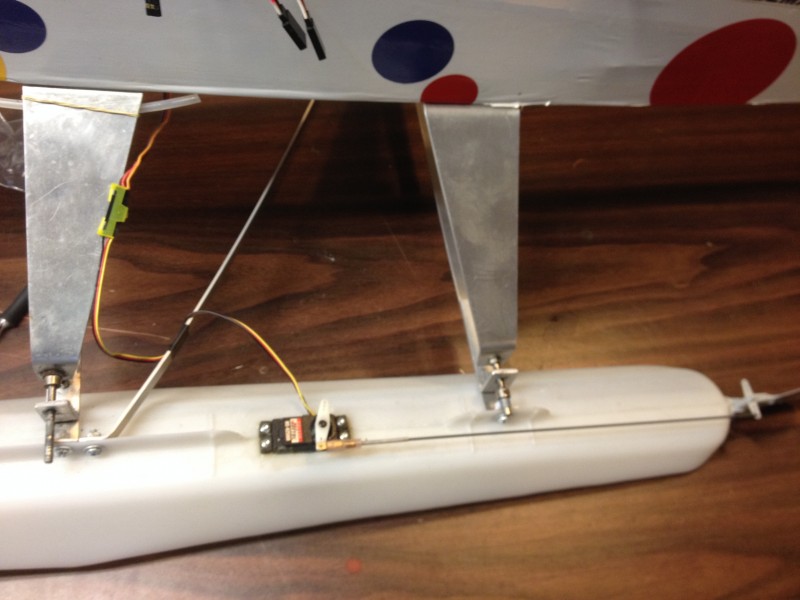 The attachment to the floats is shown here (both front and back look similar).  The slack between the two wheel collars allows for a bit of telescoping action during landings to absorb some shock when the floats hit the water a  bit harder than planned.  For instance when a sudden burst of gravity interferes with an otherwise perfect approach. 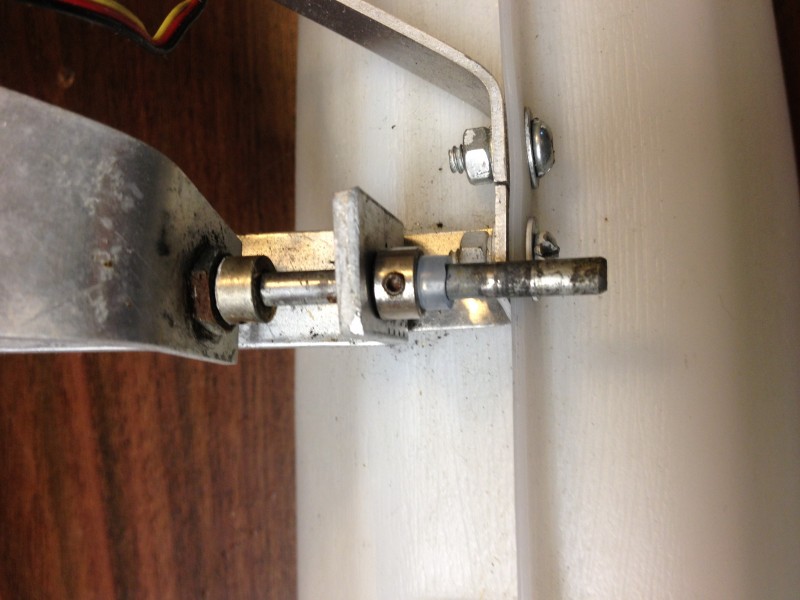 That about covers the most important plot points.  I run my water rudder on a separate channel and then just mix it with the rudder so I can easily center it and adjust the travel independent of the main rudder.

Hopefully this has given you some useful ideas about how to get your own airplane on floats and ready to fly.  It can be a bit challenging to get everything set up correctly  but it is worth the effort.