The last big repair task before the P-51 is ready to soar again is to get the starboard side landing gear mounting area rebuilt and get the fixed gear back in place.  The downside of course is “no retracts” but on the upside no “heavy” retracts and no need to spend another 100+ on a replacement/repair!  Pulling these is going to drop a full half pound and since I’m giving up the pretty gear, I’m going to replace the Robart spoked aluminum wheels with the Dubro light treaded wheels.  This will save another 6 ounces or so.  Those Robarts are 8 spoke anyway and everyone knows a Mustang has 10 spoke rims… so these weren’t really correct anyway…  right?

Here, I’m fitting some new wood at the top of the inboard rib to give it some meat to mount the gear into!  What was there previously is a shredded mess. 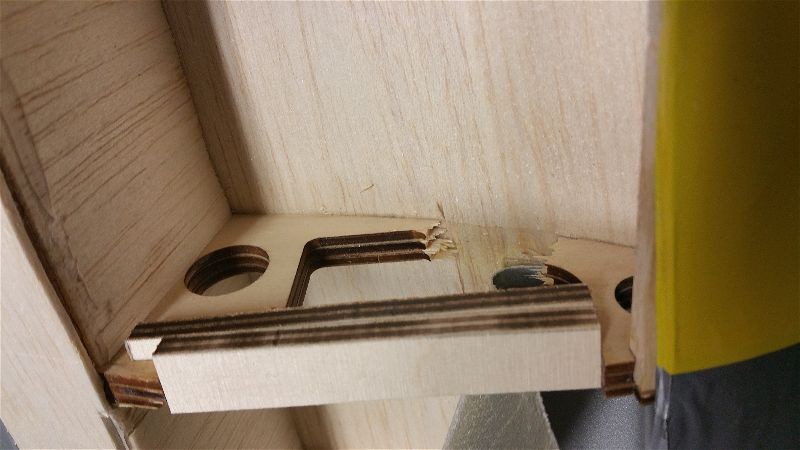 You can see that not only is the rail gone on the outboard side but the underlying wood was split and pulled away as well. 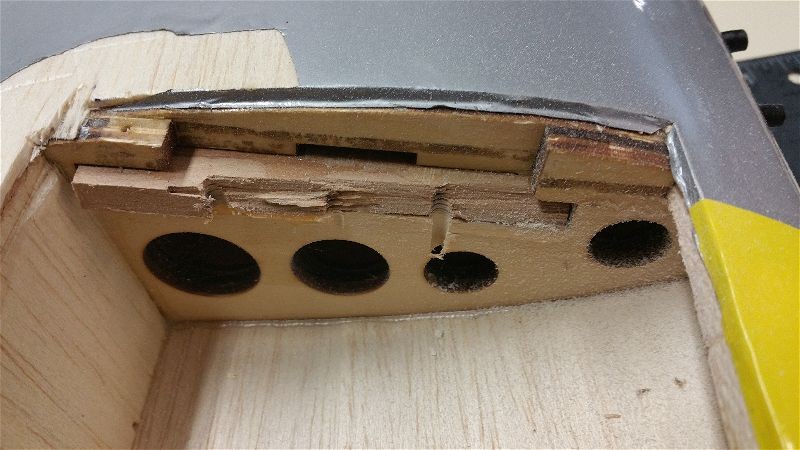 After fitting that, I had to do some similar work on the outboard side.  This time just scabbing in some additional wood to provide a good base for the rails there.  Needed to use some temporary braces to hold it in place while the glue dries. 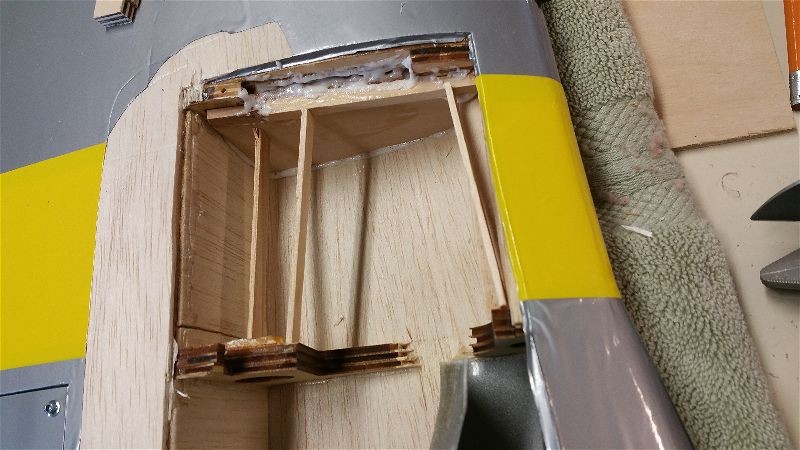 A bit later with all the rails in place and with careful alignment and drilling… the gear is in place. 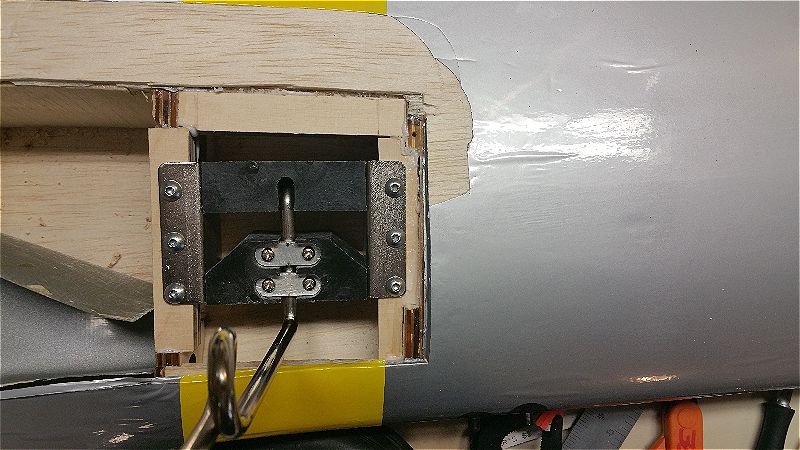 Next I had to piece in the sheeting around those wheel wells.  I actually made markings to cut the curved sections by pressing the balsa sheeting down over the edges and letting the fiberglass cut/mark the wood enough to then use my Xacto to finish cutting the outline. 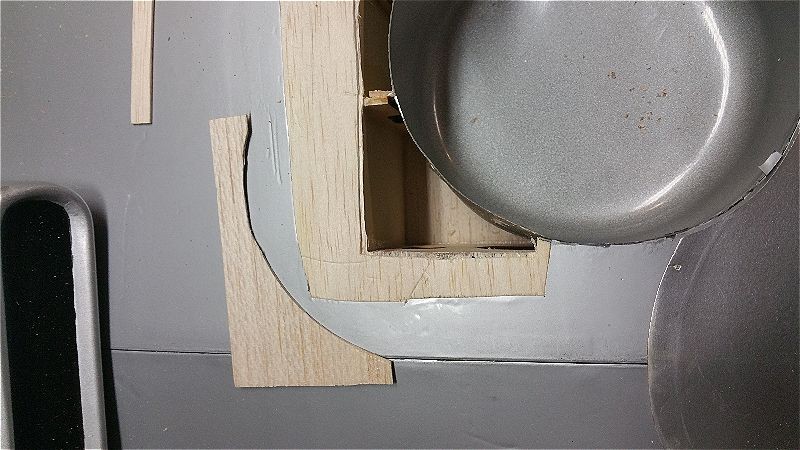 Then just drop it in place and wick in a little CA and we are back in business… well close anyway! 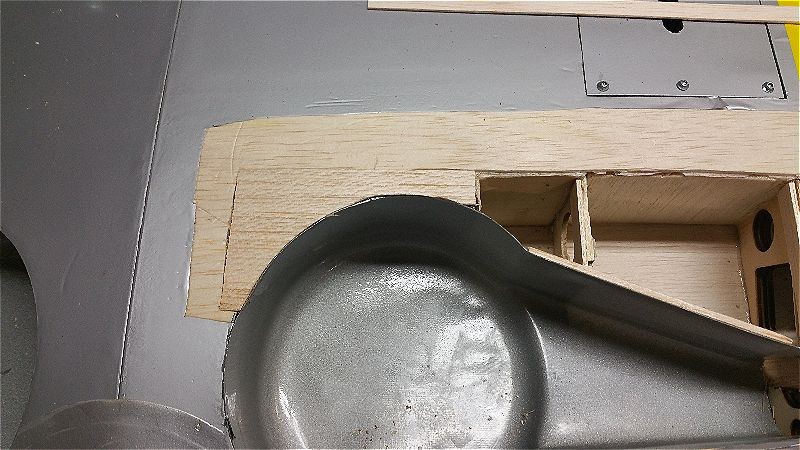 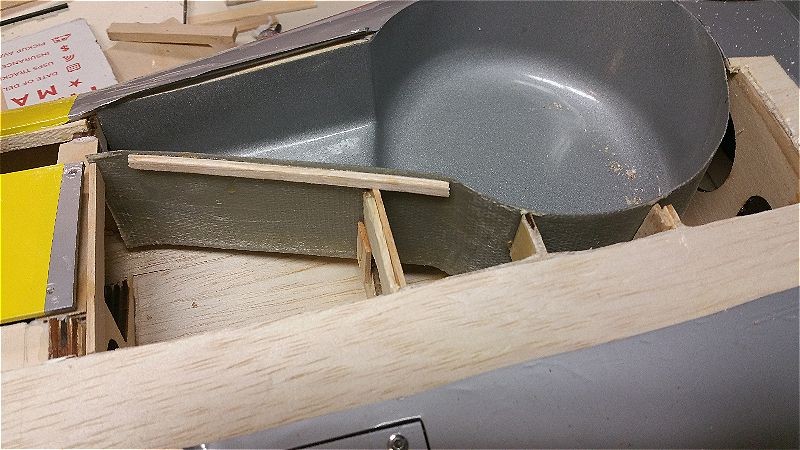 Here’s another piece fitting into place… 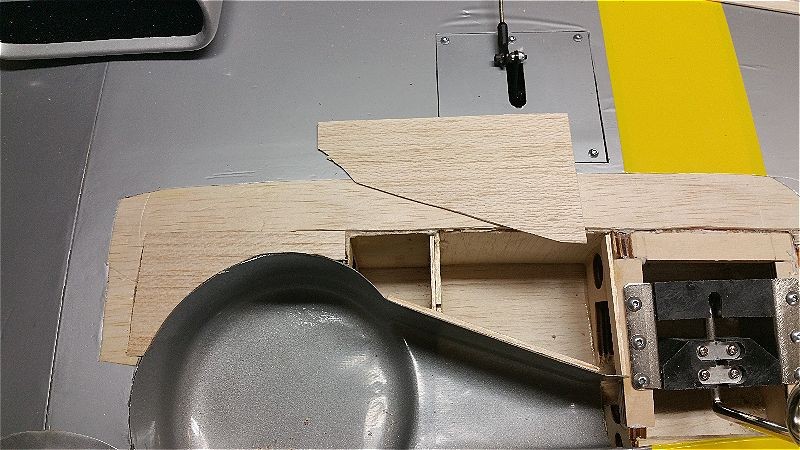 Here it is with all the parts in place… 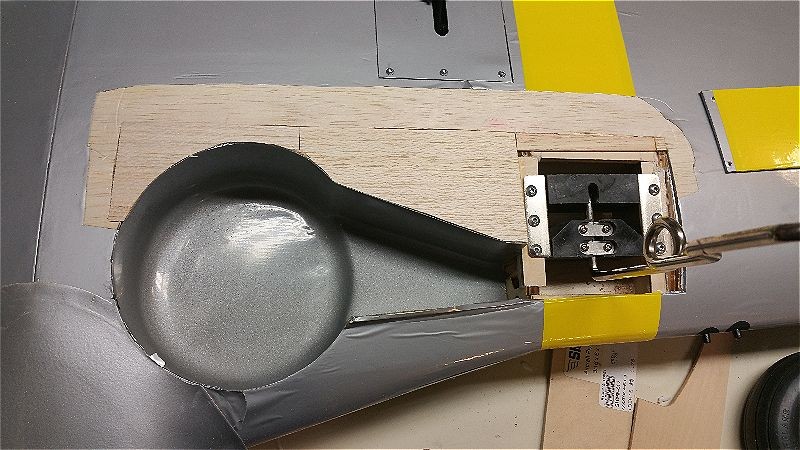 Next, had to re-cover and drill new holes to mount the landing gear cover. 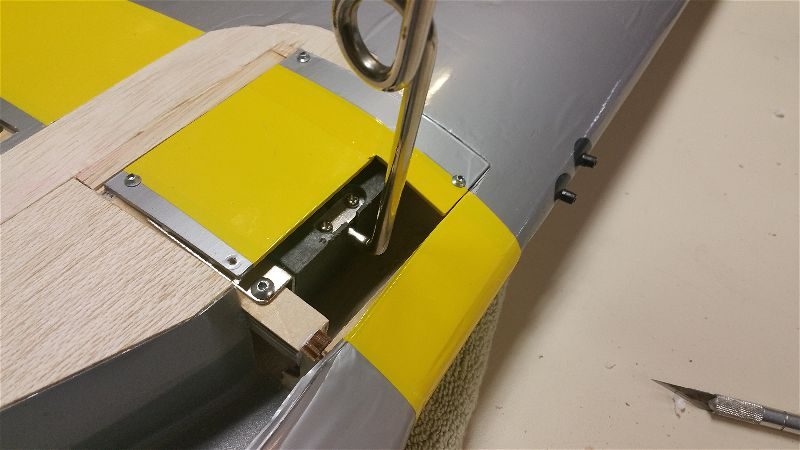 After a little covering, the wing looks… well, good enough!  I could have spent more time and made this look better but this part of the airplane is only seen as it is flying by at 50′ and 50 miles per hour. 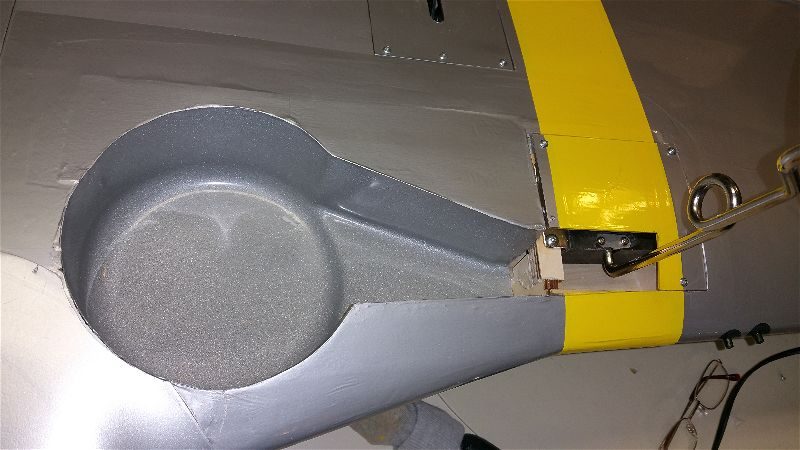 I am just not willing to invest the time at this point in an airplane that is unlikely to see much flight time.  I’m more interested in fun, and this bird looks cool but just isn’t my cup of tea.

I’m looking now at putting some new batteries in (and losing a bit more weight in the process).  The present pair of 2300mah A123s are 6 years old I believe and really larger than they need to be.  If I get some good high quality A123 1100s I would have plenty of capacity to get in half a dozen flights between charges, and still save another 4-6 ounces.  With that I should be getting closer to 1-1.5 lbs lighter.  I have great hopes this will positively affect the overall flight characteristics.

I’ll try to post an update or two later in the summer when I get a few flights in.