Saturday we had a little fly in at the field and while I don’t imagine we made much money for the club it was a lot of fun.  I don’t know what kept folks away.  Just a busy weekend I suppose, but I highly recommend this sort of laid back… just come out eat, fly and enjoy… type of event!

We had the good fortune to have some guys come down and visit with us from the Viehe RC Flyers in Lebanon, IN.  One of the gentleman, David Gulliver, brought along his big beautiful B25 “Lady Lil” built from Ziroli plans.  It spans 101″, weighes in around 34 lbs and is powered by a pair of Zenoah 26s as well as sporting electric powered retracts by Down and Locked.  David uses a Spektrum DX-18 for control.  Here’s some shots of this sweet bird.

Here’s a shot of the cockpit and nose art… 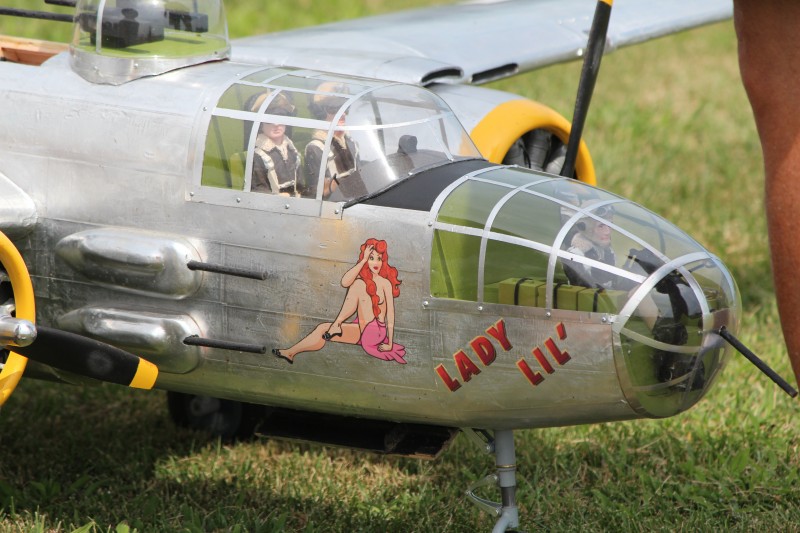 And here is the crew getting it ready to go…

And up she goes! 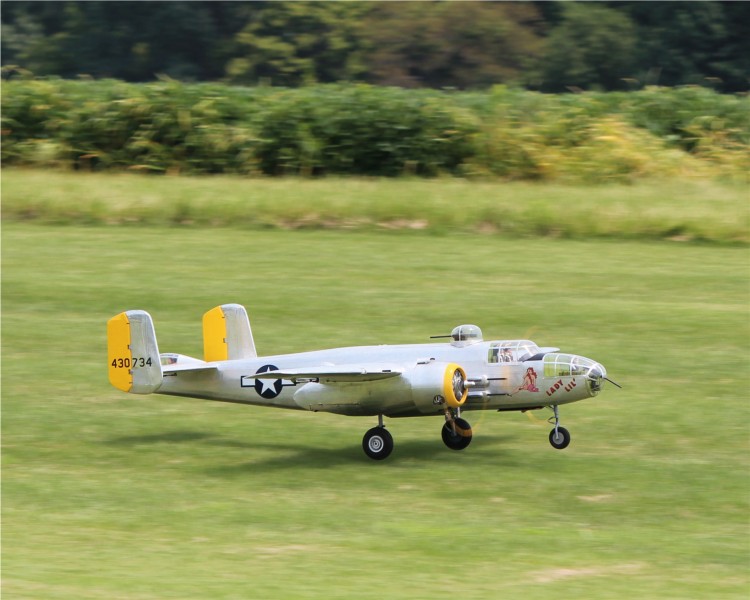 She makes a pass… up close and personal! 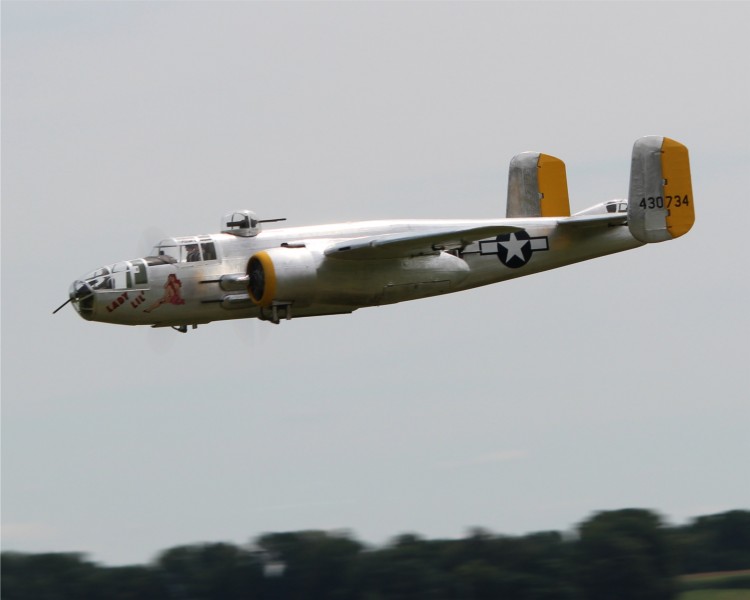 Banking in for a strafing run?? 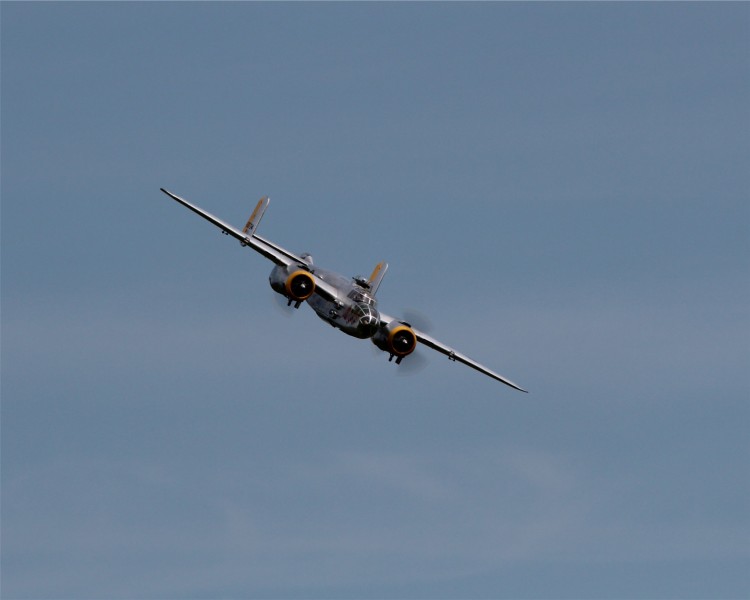 A photo pass for the crowd… 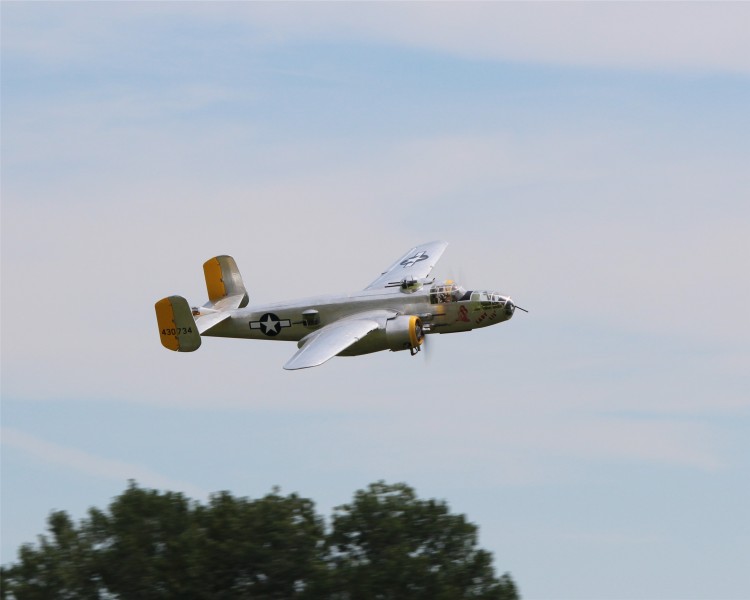 We all enjoyed the visit from David and his buddies from the Lebanon area.

Though I don’t think we had any aircraft to match this big beautiful bird… we had lots of fun as well.  At a couple times during the day we got out the Limbo poles and the stick and cup to try our hands at some Fun Fly events…

Here’s Steve with a nice stick break… as you an see his earlier limbo pass was not quite as successful! 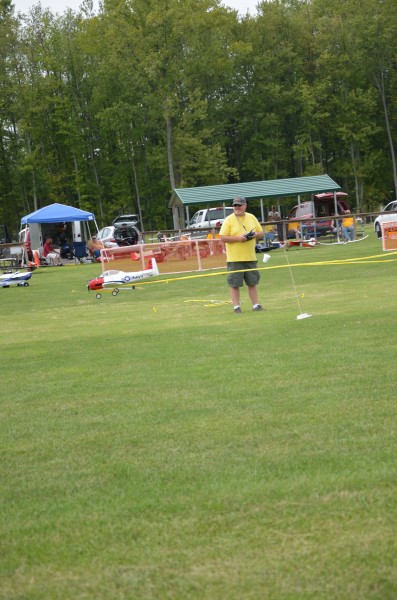 Here’s my stick break, a limbo and my spot landing (using the stick holder as a target) with what has quickly become my go to airplane… The Carbon Z Cub… without AS3X of course! 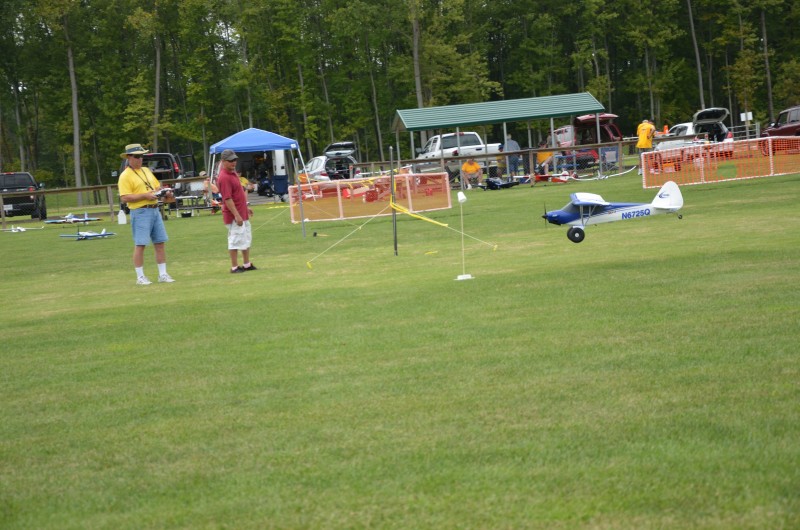 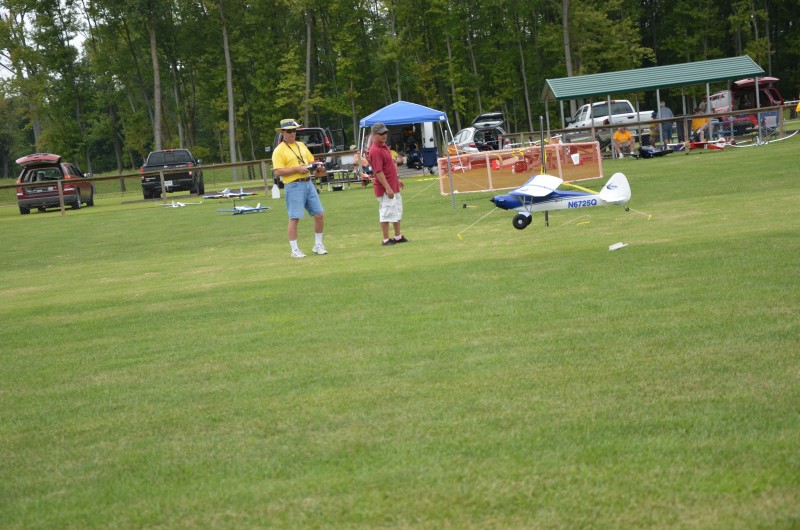 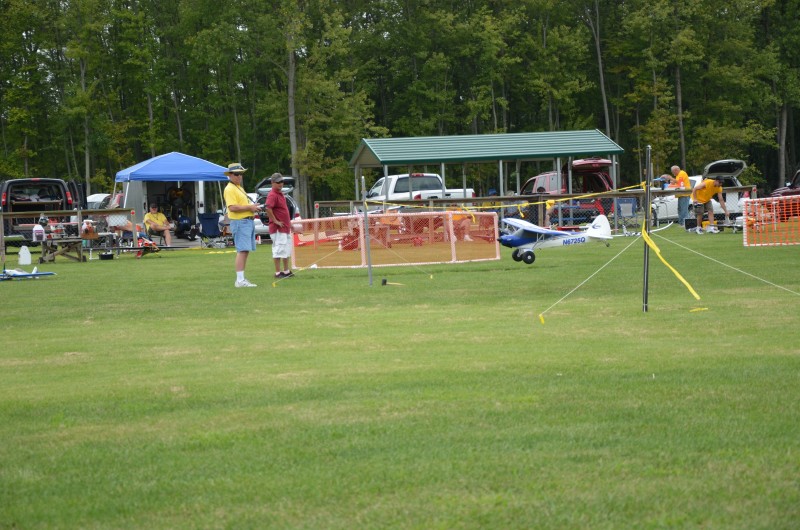 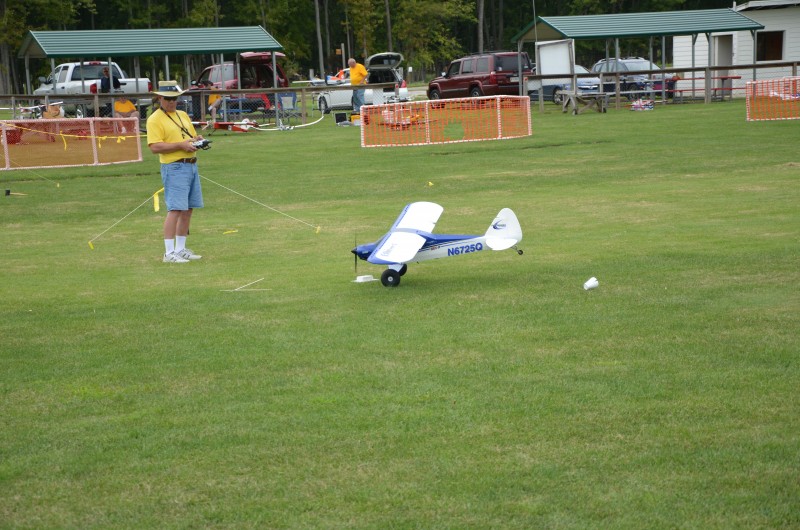 Still our “new guy” at the field… Gary Miller took up his Corsair.  This may be his most successful landing with it do date!  (… that’s nothing I wouldn’t say to his face…) 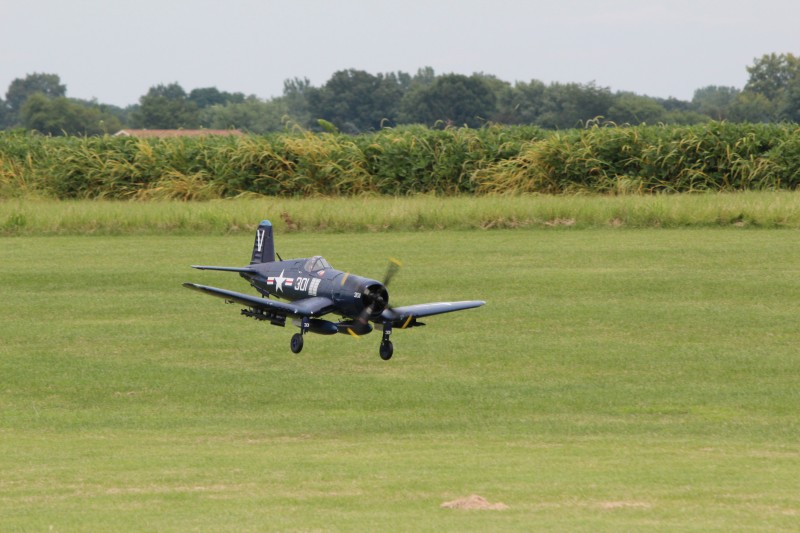 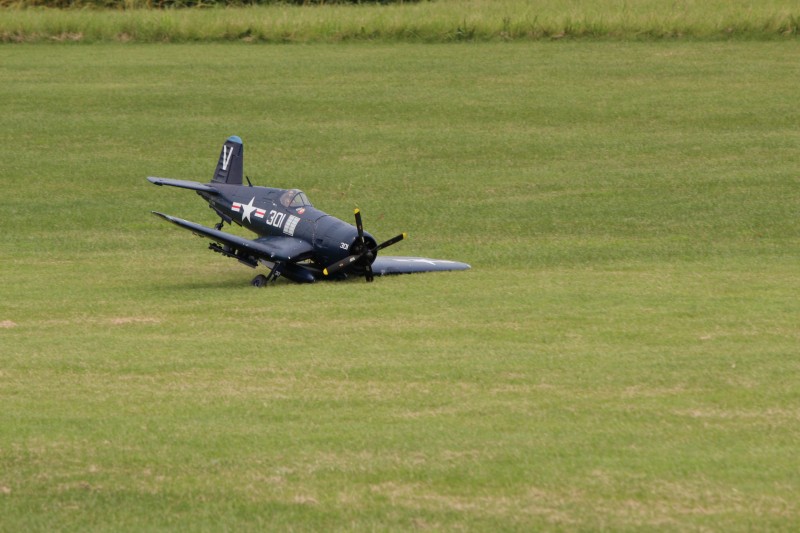 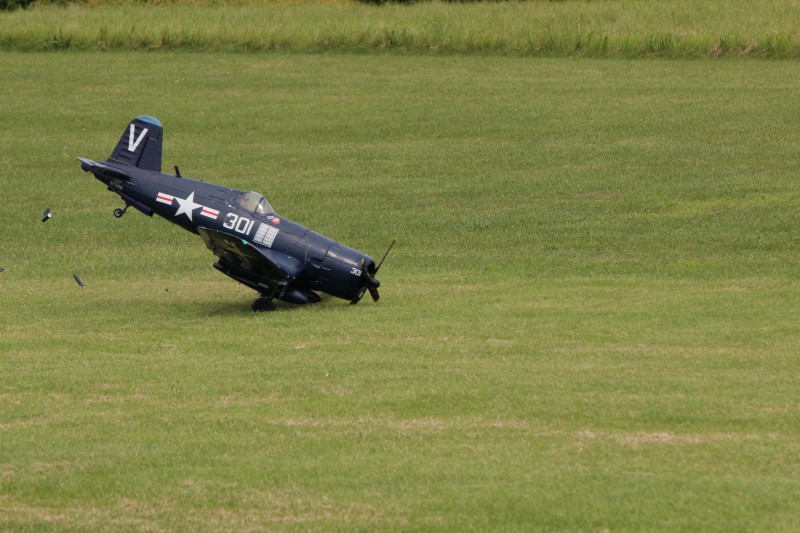 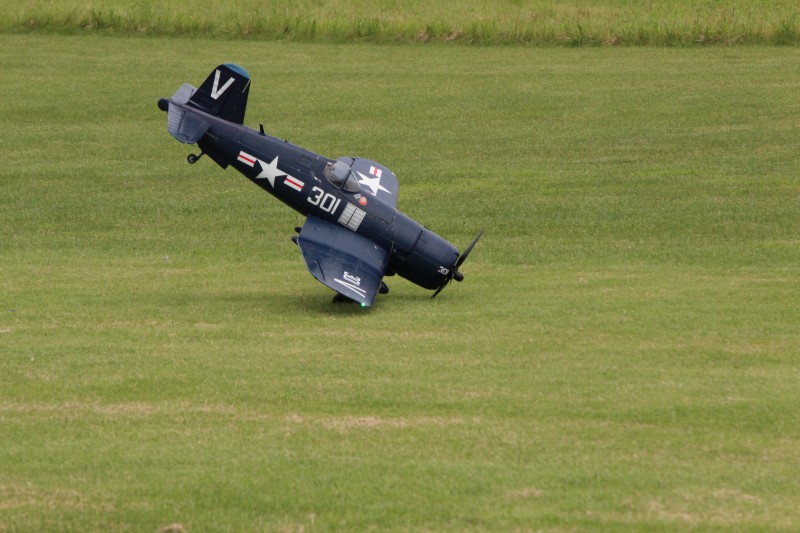 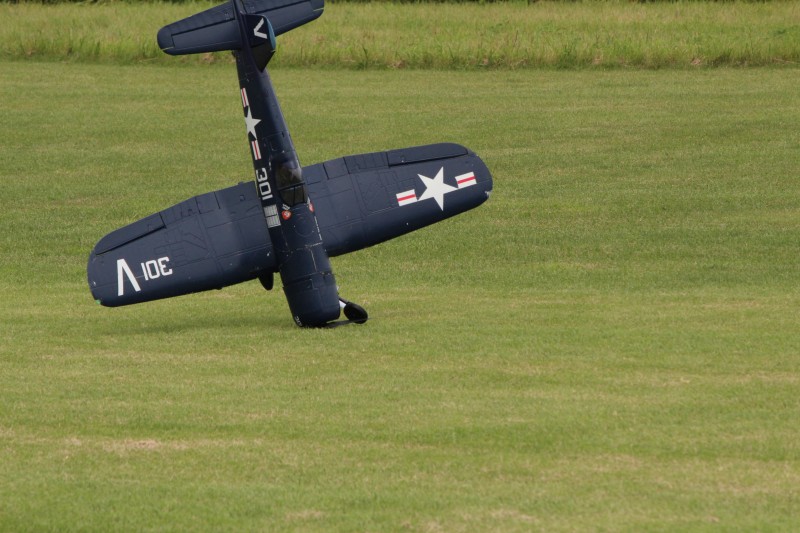 Of course he is already plotting the repair and return to the sky! 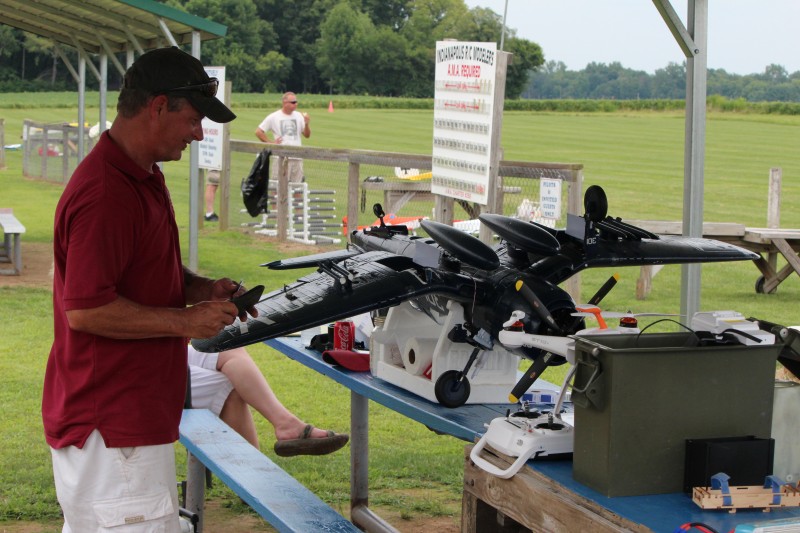 There were lots of other airplanes up during the day… this P-51 had an on board sound system that mimics engine startup and level flight as well as machine gun sounds! 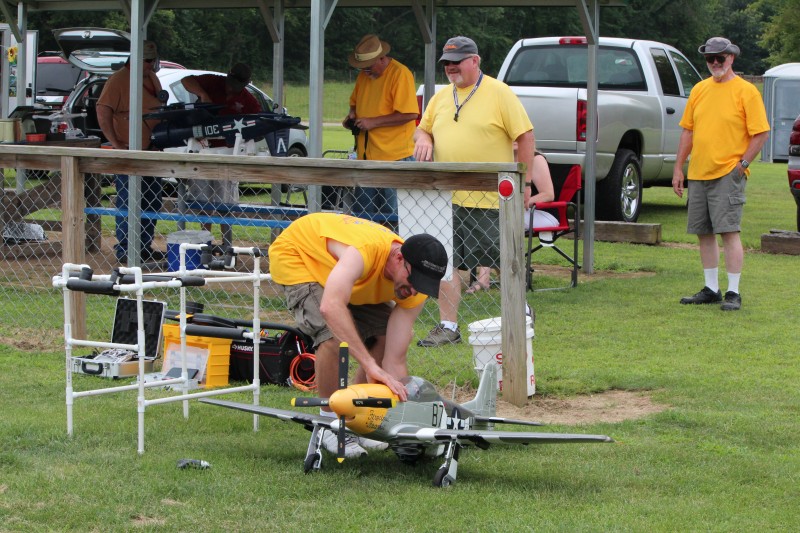 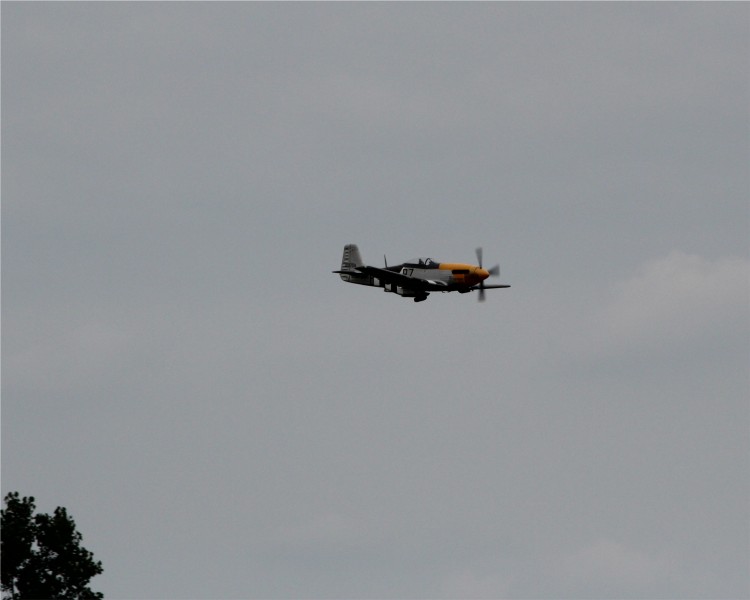 Dusty the crop duster was spotted over the field!! 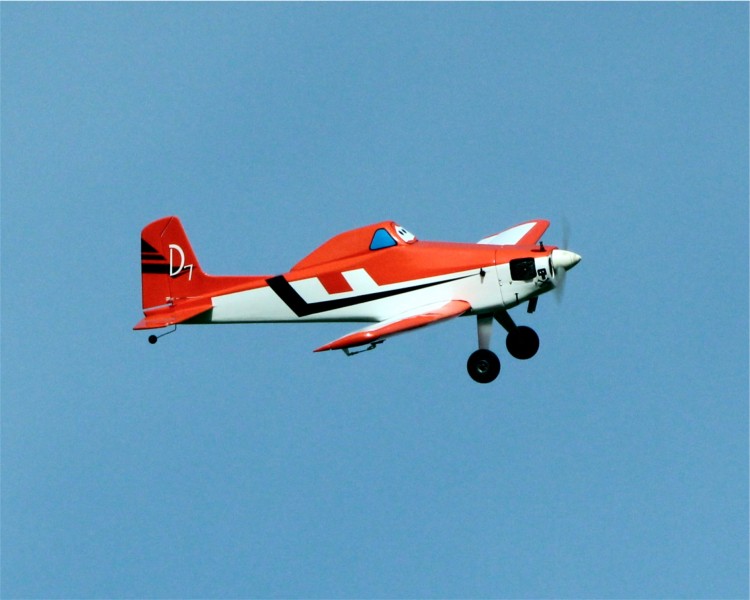 This cool toolbox made an appearance…  Yes, the owner had a P-40 but it didn’t make it to the field this trip! 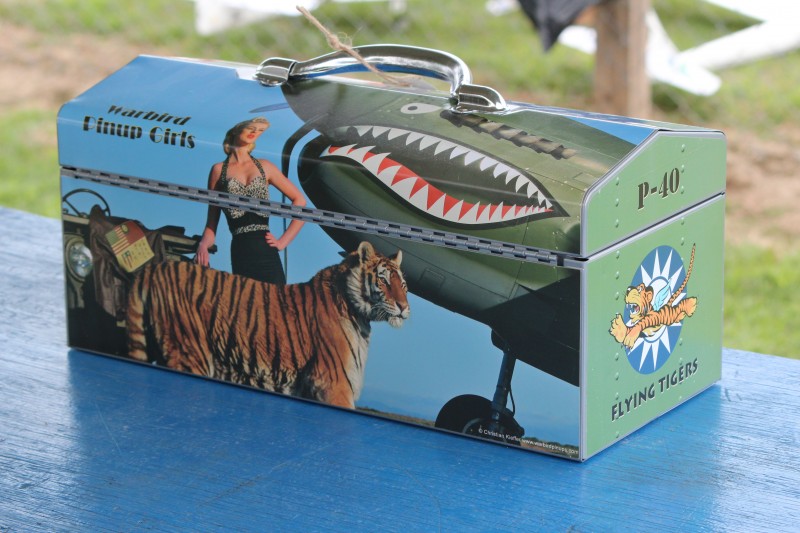 Vern gets a visitor up no the buddy box for a no stress first flight. 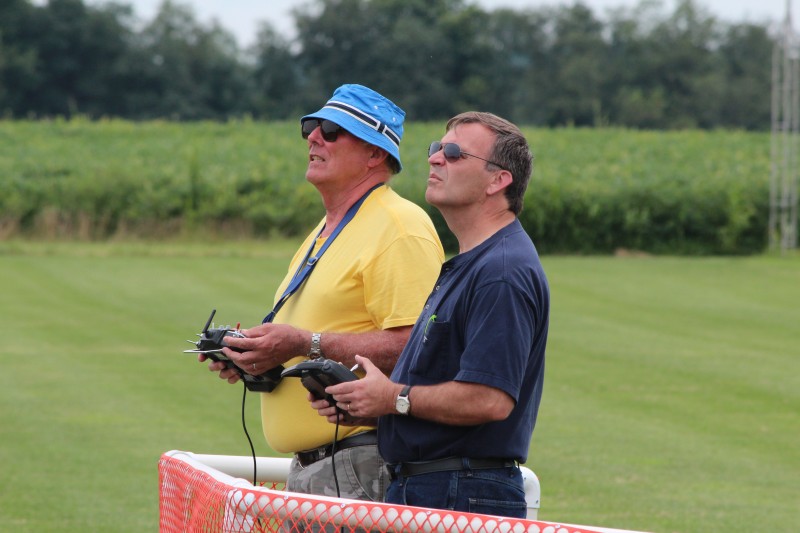 I don’t think much of the trainer’s chances if the Mustang on his six decides to take him out!! 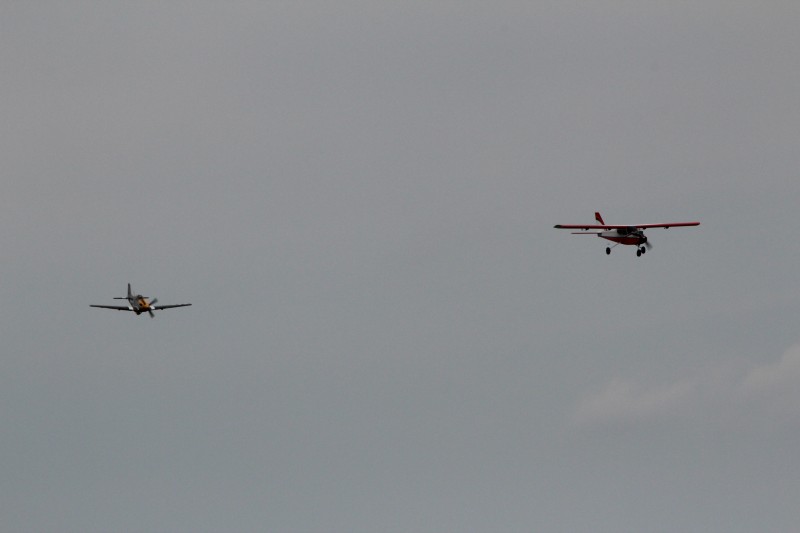 As I hope you’ve gathered by now… be had a great time and the weather couldn’t be much better for early August in Indiana!  A light breeze, 85 degress and sunny with just a bit of humidity.

More fun than humans should be allowed to have.  Did I mention the burgers, dogs, baked beans, chips, pop… etc…  I hope we will continue to have events like these and we can find a way to make a bit of money from it in the future.  This is what an RC club should be about.