Today we tackled the mounting of the canopy on Kelly’s P-40.  Of course the manual directs the canopy to be glued down but we agreed that doing so just creates a problem.  With a detailed cockpit and a pilot that can turn his head, it becomes almost a certainty that the canopy will have to be removed once or twice so gluing it down is just not an option.  Magnets didn’t seem to be a good option for this large a canopy on a big plane like this so screws seemed to be the best option.

The issue with using screws is there is not a lot of structure to screw to, so a bit of reinforcing is in order.  We tried to use less screws this time as we thought it was a bit overdone on the last model.  First we placed the canopy on the model and determined where to drill holes.  After  that, we taped down the canopy and drilled pilot holes before running screws down to see where the reinforcement is needed.  Here it is at that point.

I have marked the screw locations with a green arrow in this shot and of course there are two more on the far side that cannot be seen from this angle.  As you can see, the front two are at least mostly embedded in some stringers: 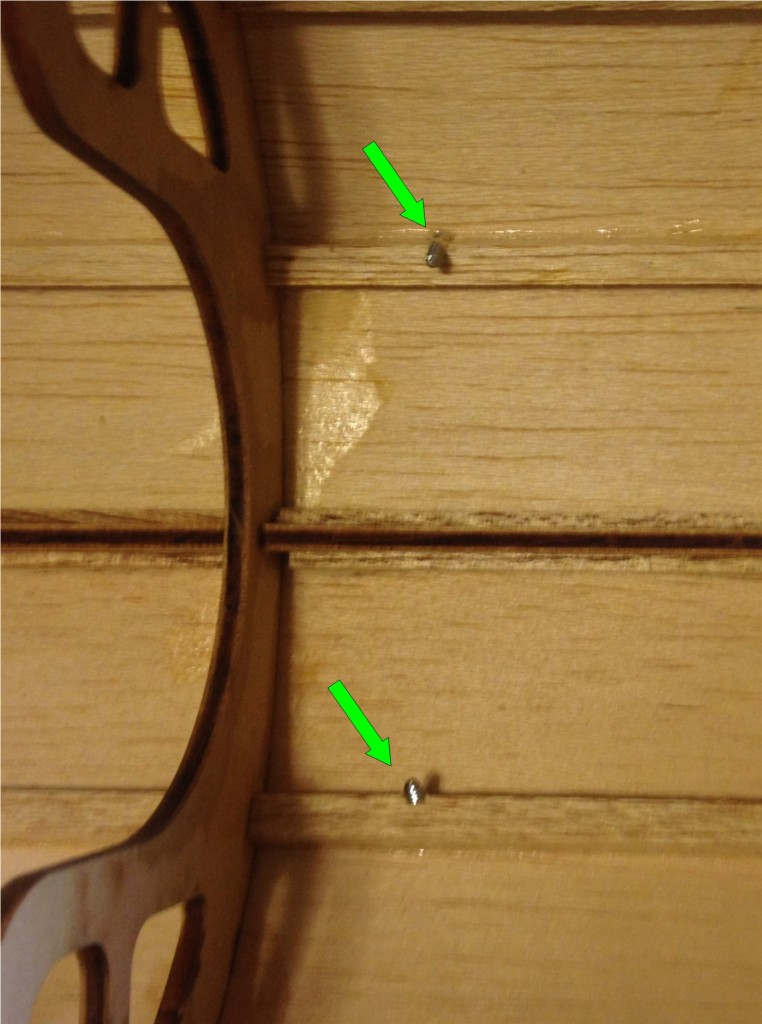 Just to be sure these bit well, I dripped some thin CA on the holes (after removing the screws) then used some thick CA to add a small square of “popsicle stick’ to the stringer to give the screw a bit extra to bite into.

Along the sides of the canopy we were out in the middle of balsa sheet so a similar process was used.  Note that before running the screws back in you should allow for the glue to dry completely and then re drill them with a bit that is appropriately sized to open up just a pilot hole.  Otherwise you run the risk of splitting the new reinforcing wood which defeats the purpose of adding it in the first place.  Here is a view along the side after the reinforcement was finished. 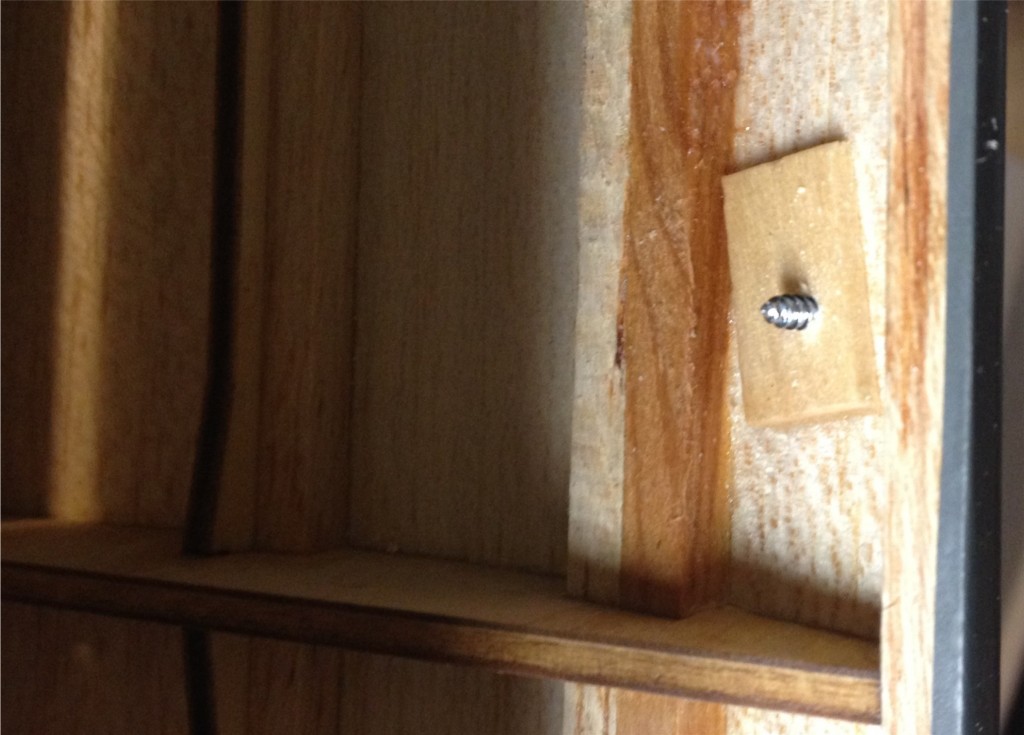 I am hopeful that this will be enough to give us a good firm attachment and if they start to loosen up, at least there will be enough wood to drill out for inserts.  I also think we will go to a true button head screw on this go round and touch them with some appropriate green paint to make them blend in better.

Once this is complete, we can work on the cockpit interior at our leisure.  Once the interior is complete we can then grind down any screws that might protrude to far into the cockpit.

Next is likely to be a bit of cockpit interior or perhaps servo control linkage installation.