Pulled the landing gear and servos out of the wing this evening.  Port side gear bay and main spar and ribs took the brunt of the damage.  Cracks and buckling apparent.  Would be difficult to fix.  Would need to re-manufacture at least one rib and remove and re-web the main spar.  I imagine parts of it are cracked or broken as well.  The other side the top sheeting and some of one rib is crushed.  I am fairly sure I will just order a new wing this fall and reconstruct over the winter.

Both retracts had some flexing/bending of the mounting ears.  The starboard side was bent worse as you can see here. 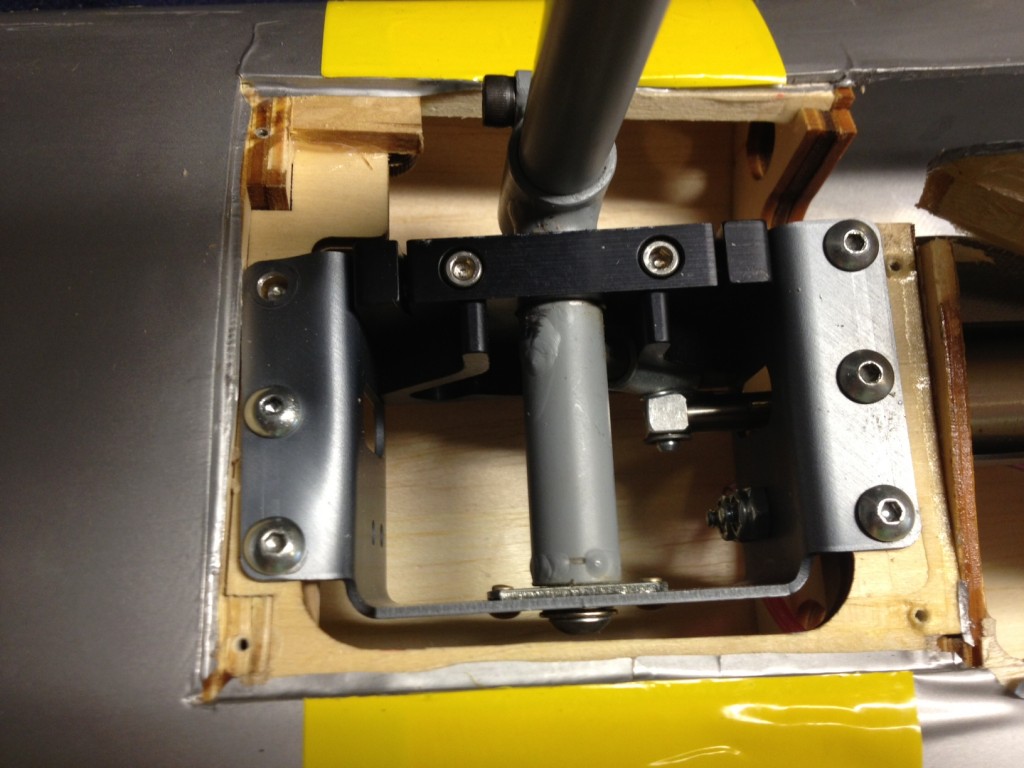 Some hammering against the anvil/vise seems to have straightened those out pretty well.  I don’t expect the retracts are actually hurt at all.  They seem to operate smoothly and the struts compress as before.  Best I can tell everything is pretty straight again now.

I need to carefully inspect the fuselage but on first inspection it looks unhurt.

First look through the telemetry data has nothing significant to help pin down a cause.  Both the pack voltage and ignition voltage stayed in range both before and after the engine quit.  Overlaying the altitude and RPM graphs it is pretty easy to see when the engine plummeted in RPMs over a few seconds, ending at zero!  I will have to carefully examine the wiring beyond the sensor, check the ignition itself as well as the plug, the hall sensor and of course the fuel system to see if I can determine a cause.  The log showed no signs of problems and even if it had gone to failsafe the throttle would have simply gone to idle.  I will confirm that too but don’t believe it would have quit if I took a hit and it doesn’t appear I did anyway.  There was plenty of fuel in the tank when it quit so will be sure to check the plumbing as well.  Still a mystery for today.