After my off field landing I decided to assemble a replacement wing.  I’ve been working the replacement wing a little at a time.  The latest project was to attach the wheel pants/doors to the Robart retracts (electric conversion).  The manual directs the builder to glue these wheel pants on with Epoxy but that seemed like it could be a bit weak.  Maybe I’m just overly cautious, but I thought something a bit more secure might be in order.  I couldn’t help but think if it didn’t pop loose between the attachment blocks and the wheel pants it would surely vibrate off on the other end between the blocks and the struts themselves.  Here is a view of my “improved attachment method”. 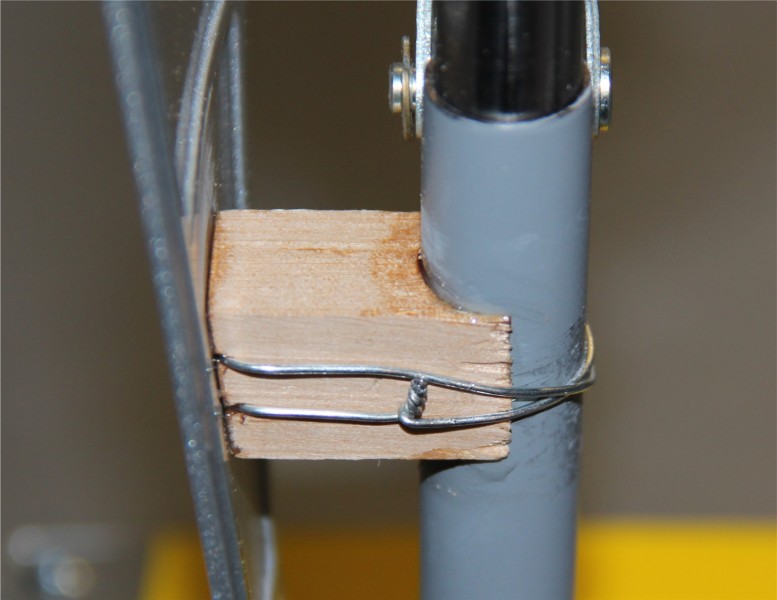 I sanded the back of the fiberglass door and the strut then used epoxy as directed but added some wire to hold it tight against the strut.  In order to keep the wire from causing a gap I had to cut a couple of grooves across the top of the blocks as well.  Here’s a view of both blocks in place. 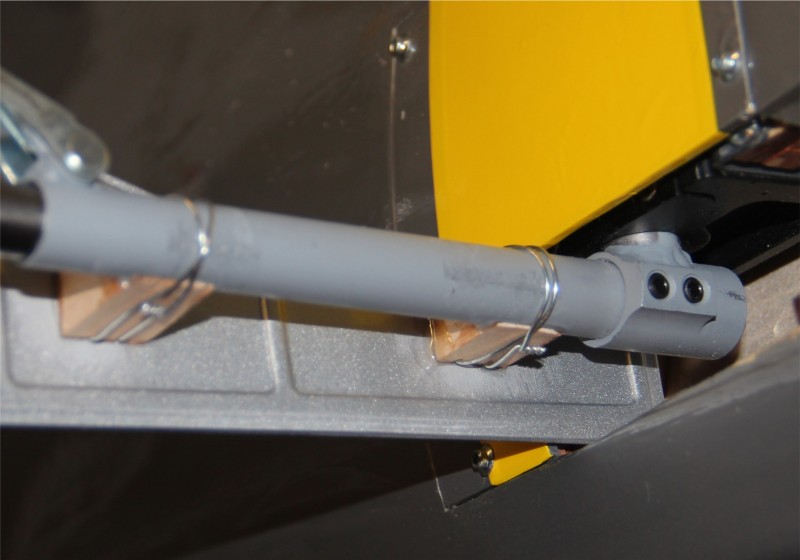 I used one continuous wrap of wire rather than two separate wraps, thus the crossover you can see on the lower end (right).  That seemed like it would, at a minimum, keep the blocks attached to the struts but what about the wheel pant attachment to the blocks?  On that end I decided that a button head screw would add at least a bit of extra hold while also holding things in alignment while the glue hardened.  Below you can see the view with the gear up.  You can clearly see the two button head screws (#2 x 3/8″ I believe).

Hopefully between all of these modifications the wheel pants will stay put.  Lots more work to do but with the gear in and pants in place it feels like I might be closer to finished than just getting started.