Finally finished up getting the wing rebuilt and ran out of excuses to not fly the Redtail.  Perfect weather and the looming airshow at the field where I am expected to fly this bird were the final straws so the Mustang went to the field for the first flight with the new wing.

This time, the retracts were electrified instead of tied down in the extended position, the tail gear doors had been installed and the wing was short a few .50 caliber guns but otherwise just like the last time it flew.  The difference being that last time it flew I was coming off of about 10 successful flights, not the off-field landing that caused the need for a new wing in the first place.  Also that was toward the end of last flying season… it seems like a long time since I flew it last and I was having my doubts.  Not about the plane of course, but the pilot was another matter.

There were lots of questions bouncing around in my head.  Did I remember how to land this bird?  Which switch was the kill and which retracts and which one just made Tim salute??  Here are pictures from the two evening flights.  (All pictures courtesy of Steve Howard)

Tail up and just about to lift: 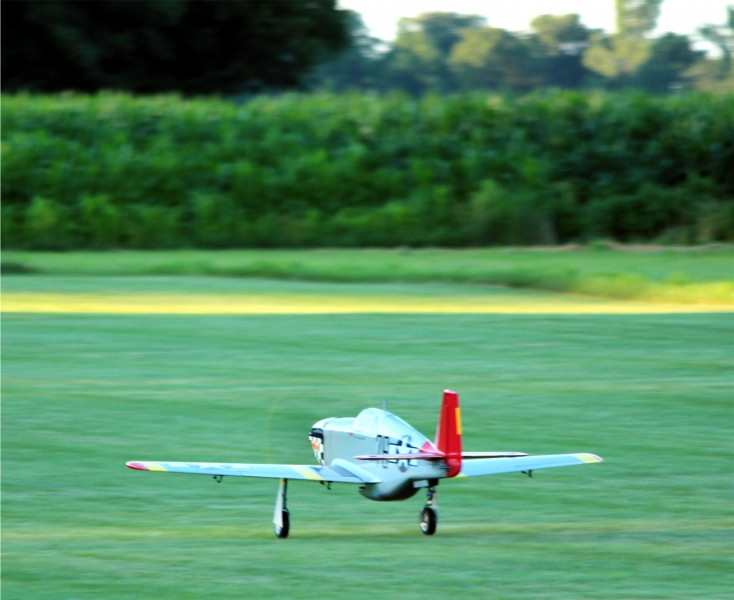 First pass with wheels still down… 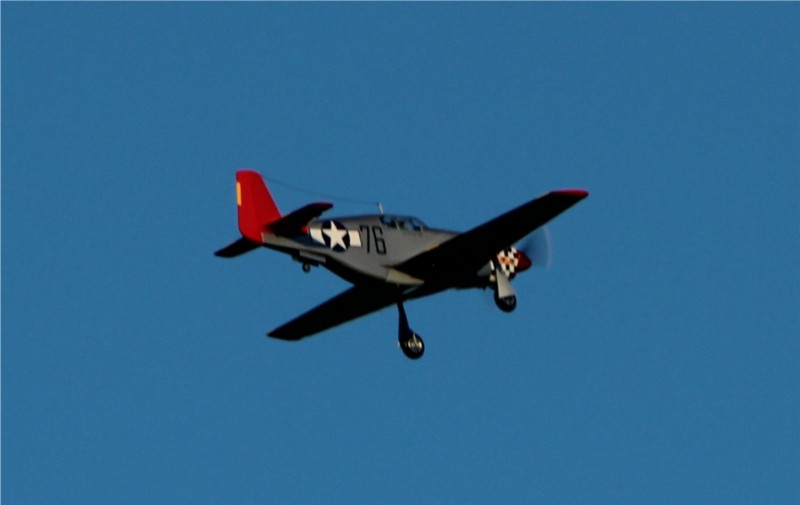 A few passes later… checking to see if the gear retracted as planned.  Looks good and you can even see the green “ignition on” indicator light! 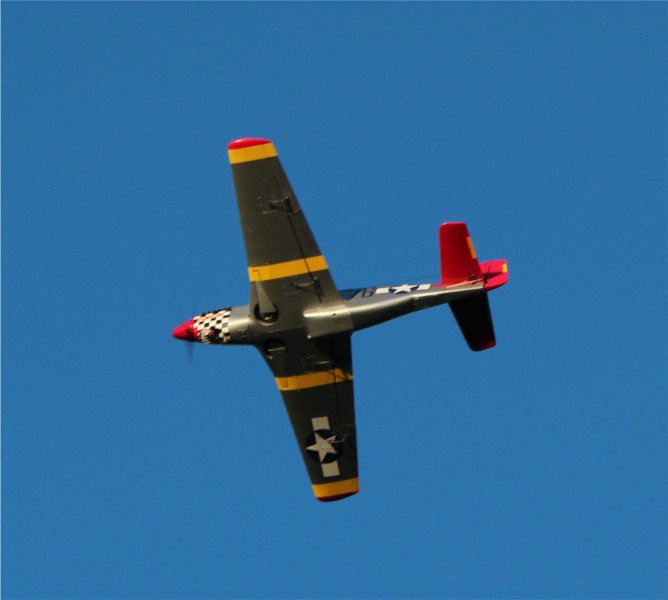 Then, of course, a high speed pass was called for.  After all, it hadn’t ever been this aerodynamically clean before! 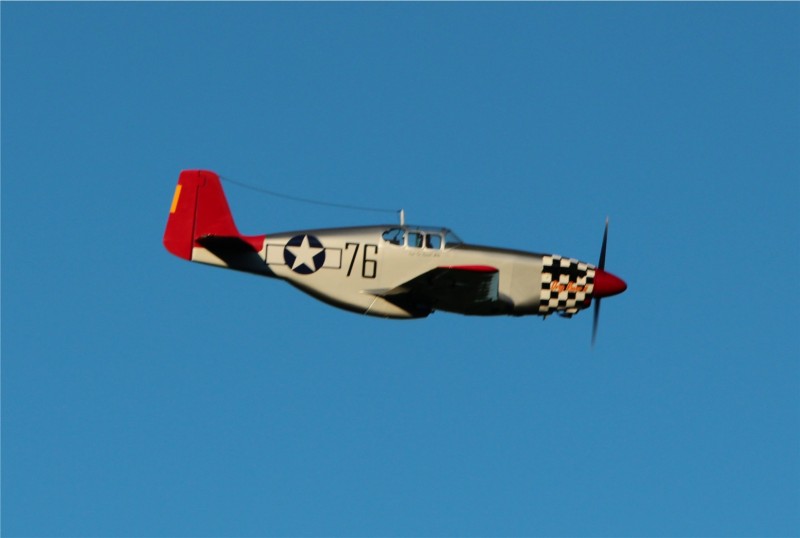 And finally, you have to do a photo pass!  You can see the rudder working in this shot. 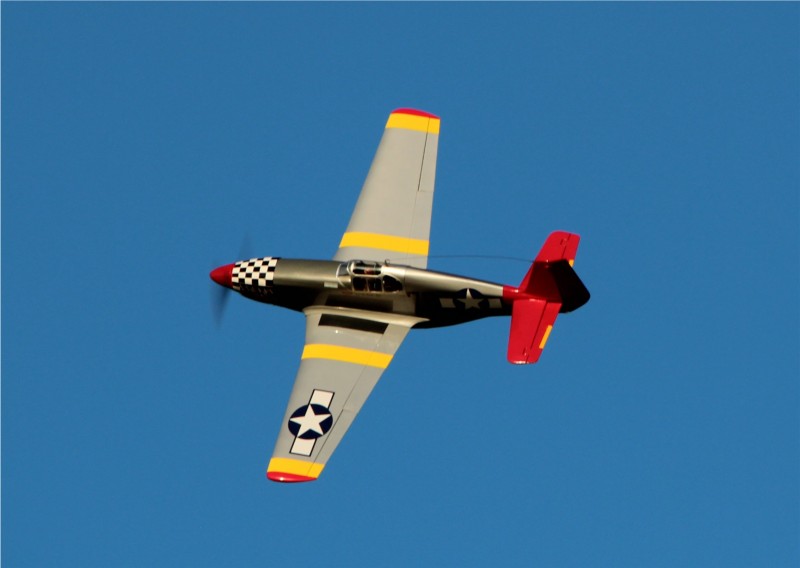 In all, two very successful flights.  There is a laundry list of issues to address.  First the right gear is rotated a bit outboard, causing a right turn as the plane slows to a moderate speed after landing.  Also, on the second flight the right main gear door got caught so the right main would not immediately come down!  I considered belly landing (ouch… ouch… ouch…) but a few cycles freed it up and landing was fairly uneventful after that.  The tail gear got caught a couple times going up and down.  Going to have to find a way to self center that when the cables that steer it go slack during retraction…  Later, also realized that a couple of cowl screws need some attention.  The inserts seem to be pulling out.  Perhaps from vibration where the exhaust rubs the cowl.  Seemed like with the gear up the plane wanted to climb!?  Just from a cleaner airfoil  or what I’m not certain but may have to mix some down with the gear up position to smooth that out.  A crop of small issues like this always seems to occur after the first flight or two so back to the shop for this bird.  All in all, I’m calling it a win with the retracts performing a bit better on ground handling and shock absorption than I expected them to.

Once all that is cleaned up I can install the guns back in the wings and do some other cosmetic work on the tail gear door hinges (white is not a good color for those).  The landing gear door blocks on the mains are natural wood color at the moment also.  Those will get some paint as well.  I’d really like to get a half dozen more flights before the big show on the 27th.  If the weather cooperates this week I hope to be able to be show ready by then.