Went to a swap meet on Sunday and along with a few little odds and ends I ended up with this: 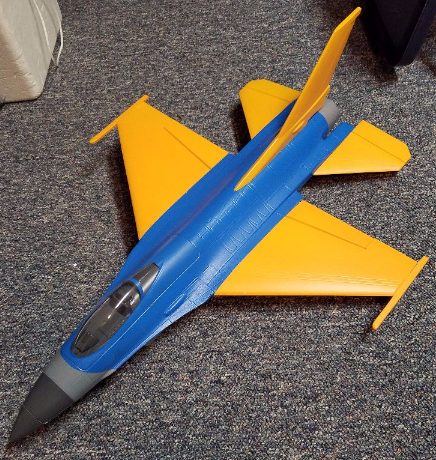 I’ve searched on line and can find no mention or image of this little foamy.  I’ve been wanting to try my hand with something a bit faster… If for no other reason than I’ve never flown anything with much speed and my assumption is this will likely fit the bill.  Also, I’ve never flown a ducted fan either so maybe get a couple of firsts in one!

At first glance I thought this would be a pretty plug and play, throw it in the air and go option… but after getting the plane home I’ve found a bit more of a project. 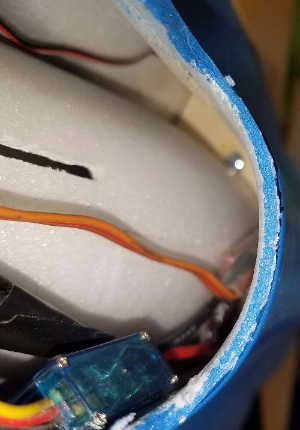 Yep, that’s it way up there in an almost invisible location… sigh.  After pulling one nylon screw to pull out the “scoop” I was able to remove the controller, motor and inadvertently the thrust tube that guides the air stream smoothly  out the tail.   Here’s the speed controller with nary a part number, label or any other identifying mark in sight!

That being no help I looked over the motor and ducted fan unit hoping for some help but as you can see it was not much more illuminating. 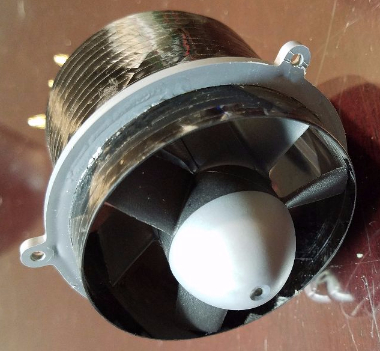 I eventually took out the guide tube as well… 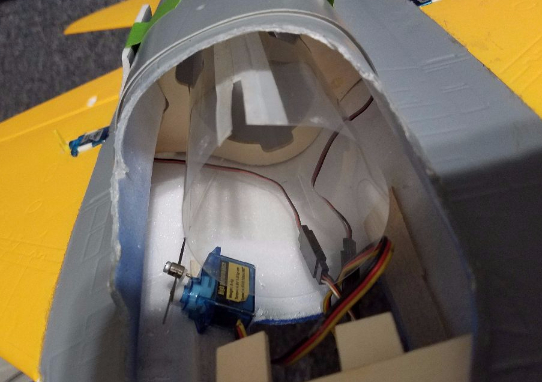 …and cleaned up all the parts, scraping off excess glue in some areas, re-gluing others etc…  In the process I found some suspect wiring that I intend to replace and clean up, extending some wiring a bit so that the speed controller is bit more accessible!

Here’s the wiring that needs some work. 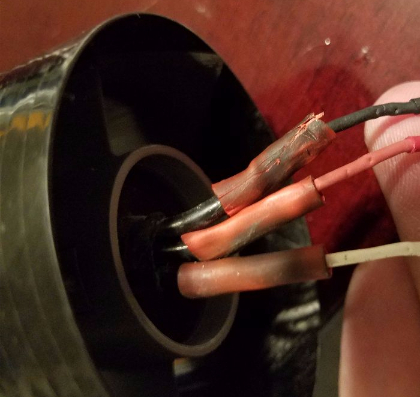 Here you can see the access points I had to open up to get the thrust tube back in place.  You can also see the one issue I had known about… the aileron control horns seem to be missing! 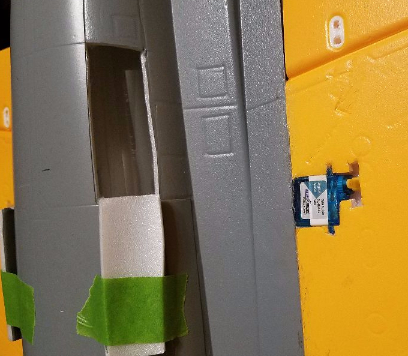 After all that I decided to do a test run just based on size and best guesses so I tossed a 3S on the speed controller, pulled the power pin from the ESC to the servo tester and laid it out on the table top… 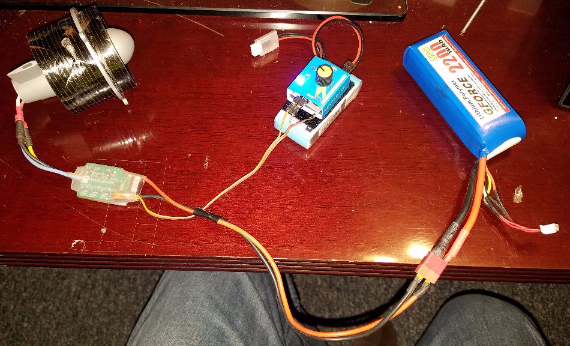 The initial run was promising with ear splitting, vacuum cleaner on crack sounding rpms.   That IS what an electric ducted fan is supposed to sound like, right?

After I rework that wiring a bit, next on the hit parade is to put my meter in line and measure current draw at full throttle as another data point toward picking the right battery.  Then I can get back to reassembly and installing some replacement control surface horns.

Then maybe estimating some sort of balance point/CG and installing a receiver and radio setup… This thing is practically bind and fly, right?