I recently purchased a new Carbon-Z Cub, produced by E-Flight and distributed by Horizon Hobby. 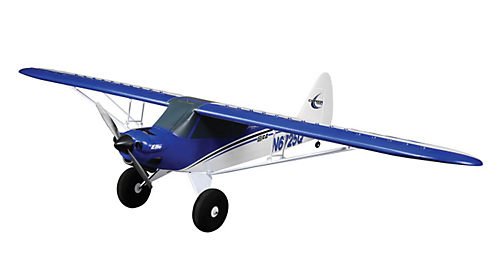 After some research, I bought the PNP version because I really didn’t want the AS3X in a plane of this size. I’m a big fan of that technology in the small planes where it can aid immensely. I’ve owned a couple with AS3X and these planes fly well in windy conditions that would completely overwhelm me (and I think most pilots) without it. There are lots of other reasons I went this way (in spite of a very low delta in price) but the two main reasons are that I don’t like the receiver essentially limiting what I can do with my radio (things like end point adjustments, rates and exponential) and maybe most importantly an 84″, 8.5lb Cub probably just doesn’t need it!

So back to the beginning… I got the cub home and started to unpack it. Firstly, it seemed to be very well packed as you can see below… 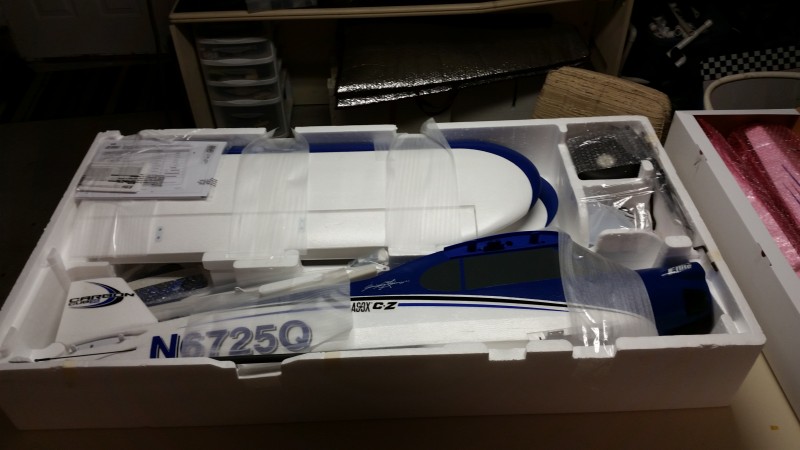 with only one really noticeable case of shipping rash and no real damage. Here’s the worst of it… the right wingtip. 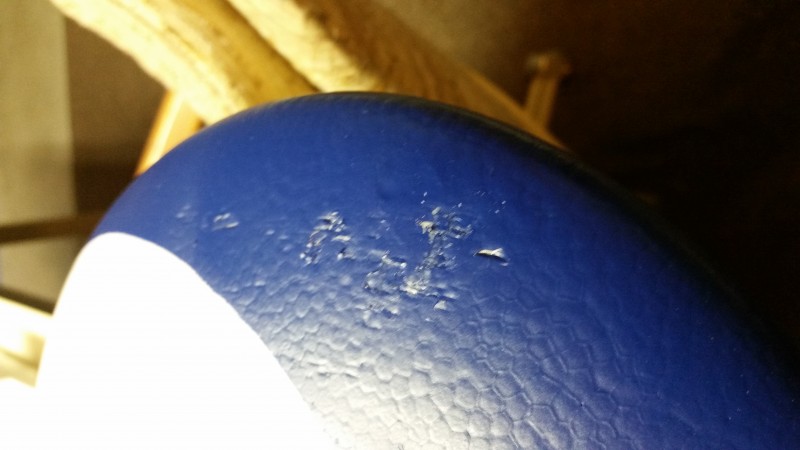 It’ll probably get worse than this soon… but I can’t help wishing it had come out entirely pristine!  Oh well, it’s probably to much to ask that an airplane made of the same materials that it is packed in is going to come out of the box perfect.  Actually this is pretty minor compared to the rash many planes come out of the box with.

After laying it all out on a large table (the plane is big). I started assembly and immediately ran into two of the issues that I have heard mentioned before. First, the included wheels are made of some sort of very dense foam and while lite… are very, very hard. It is an effort to even dent them by gripping them and trying to crush them by hand. Combined with the landing gear mounting in foam and hard plastic and this leads to a concern about how well the landing gear will hold up in the long run, especially whether the foam will crush or the plastic crack under the stress. The wheels sure aren’t going to cushion anything!  I’ll have to consider finding some wheels with a bit more bounce.

Next there was an issue trying to find the right screws to mount the gear and this issue continued throughout the assembly of this ARF. This has apparently been an issue since day one and even the addition of single sheet “fastener guide” didn’t do enough (at least for me) to sort out the issue. It’s kind of funny when you realize that this has been overcome quite effectively by many ARF manufacturers in the past using a variety of methods but somehow E-Flite couldn’t figure out a simple way to label the various parts and call them out for easy identification.  Adding to the confusion is the fact that extra hardware is included in the kit… normally a very good thing, but in this case… adding to the confusion. Eventually I figured it all out… I think.

As the assembly progressed I ran into another issue where the instructions could have been improved. Keeping in mind that you are working with a largely foam and plastic (and very large) airplane, it might be nice to mention just how tightly some of these fasteners should be. For instance, in a later step you attach the wing with a couple of bolts but if you tighten these down to much… foam starts to crush. It doesn’t take as much force as you might think, so be cautious not to over tighten!! It IS a big plane, but it’s still a foamie!

One more assembly item came up when I was mounting the motor. There is a lot of wire between the motor and the speed controller and no mention of what to do with it all in the instructions. This is important because the motor is an outrunner and you do NOT want the wires to abrade against the motor casing. I did not like the idea of stuffing the wires back around what might become a rather hot speed control… hot metal and wires don’t mix, nor did I want to block airflow. So, I wrapped the wires inside the cowl and secured them with some clear silicone calk… Here is what that looks like… 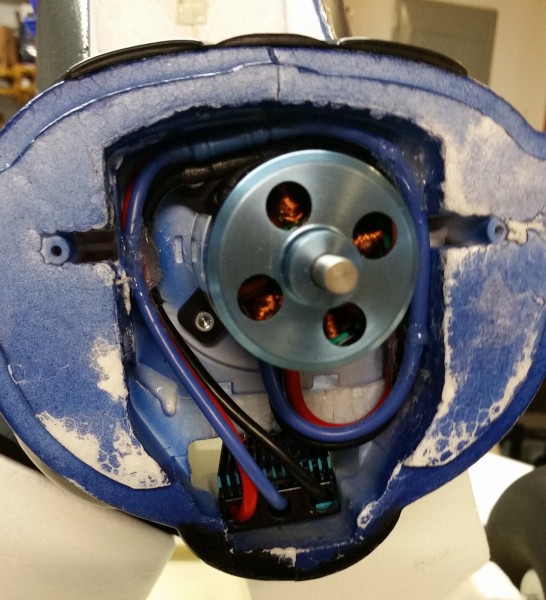 Hopefully this works out well.  I’ll try to keep an eye on them.

In spite of all of the above, it only took around 2 hours to complete assembly of the big Cub and depending on how the landing gear survives, it looks like the result is a fairly well built and finished airplane. I’m really looking forward to getting a warm day to see how it flies! This is by far the largest electric I’ve ever owned and I’m looking forward to trying to trade some “electrons for altitude”!

One final assembly and initial setup note… I was surprised to see that no actual control deflection measurement are specified in the manual! To me this is clearly unacceptable. I realize that for those who purchase the BNF version, these are not needed and I’m happy to see what appears to be fairly complete instructions for those folks but what model does NOT specify control throws?? Usually for at least two “rates”.

All in all, so far I have mixed feelings about the Carbon-Z Cub.  At first, it seems like a fairly big investment for a foamie and there are a couple of small assembly issues, but… It does seem to be fairly well built and with this size wing, the option for glider tow, floats, full flaps and the chance to break into a truly large electric…   I think the value is pretty good.  Of course flying is the real goal so I’ll withhold judgement for a bit longer.

Right now I’m fairly happy with what I’m seeing and I’m looking forward to see how it performs in the air.