After arranging a battery compartment, getting servos installed, repairing the landing gear mounting holes, radio setup, etc… etc… I took the Bristol out for a couple flights.  It was… underwhelming.  I have a Great Planes DR1 Tri-Plane so not totally unaccustomed to draggy aircraft that need coordination to turn but for some reason I could not get the Bristol to make a smooth turn no matter what I did, nor even fly straight and level without constant inputs.  After 3 or 4 flights I was getting a bit better at herding it around, but if that was as good as it gets… this thing would never find a lasting place in my fleet.

I am not accustomed to just giving up on an airplane after a couple flights… especially if I can’t identify why or what exactly isn’t working the way it should so I started checking, rechecking and gathering info about the plane.  Certainly there are aircraft that I simply don’t enjoy flying, but that doesn’t mean they aren’t doing what they are designed to do, and doing it well and consistently.  I’m fairly sure I started out tail heavy which just amplified all/any other problems.  Later flights I shifted the battery forward and things improved but still not stable/reliable the way any simple aircraft like this one should be!

Eventually I started going through the way it was built and started looking at things that I would pay attention to if I had built it.  Eventually, I found at least one issue that could account for some of the odd flying I experienced.  During any build from scratch, kit or even ARF you should always check the  Horizontal alignment of the wing to the thrust line of the aircraft as well as the tail to the wing and the alignment of the vertical fin at a true 90 degrees to the horizontal.  Since the Bristol looks kind of like a cigar with attached flying surfaces there is no really obvious way to check out the wing alignment to the thrust line but nothing jumps out on that score and frankly, if that’s off a little it probably won’t make nearly as much difference as the tail alignment to the wing.  That is where I found an issue.

If you sit the plane up on a table top and prop up the tale a bit you can visually line up the horizontal tail surface with bottom edge of the wing.  This will show that the two surfaces are at least level with each other.  Well, you can if both surfaces are in alignment.  The Bristol, not so much.  Just to add insult to injury the vertical wasn’t vertical to the wing nor the horizontal stabilizer! 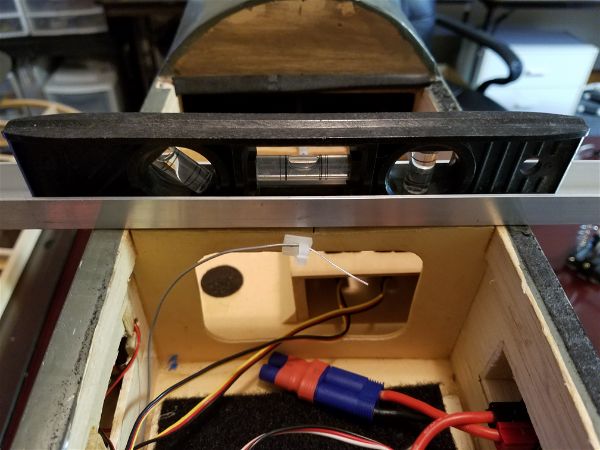 Once the baseline was established, I measured the tail feathers to see how close to level  they were.  As you can see… not so much. 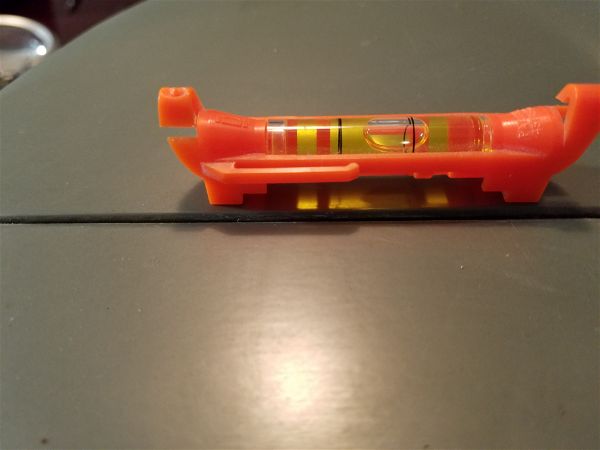 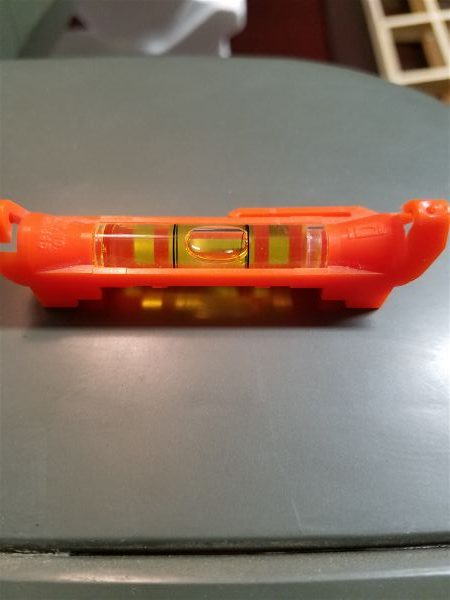 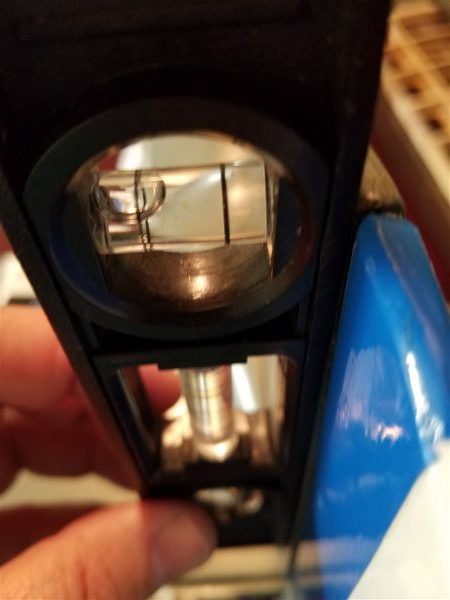 Verical fin… not so vertical.

So what to do…  If the vertical had been perpendicular to the horizontal and the body structure had been something more traditional… like my Telemaster for instance… then I might have tried to do some twisting and heating to straighten things up.  But with this cigar shaped body I couldn’t figure out how to make that work or if it was even possible!

So I went with plan B and created some wedges out of small pieces of popsicle stick and did a little cutting, wedging and regluing.  Here is how it looks. 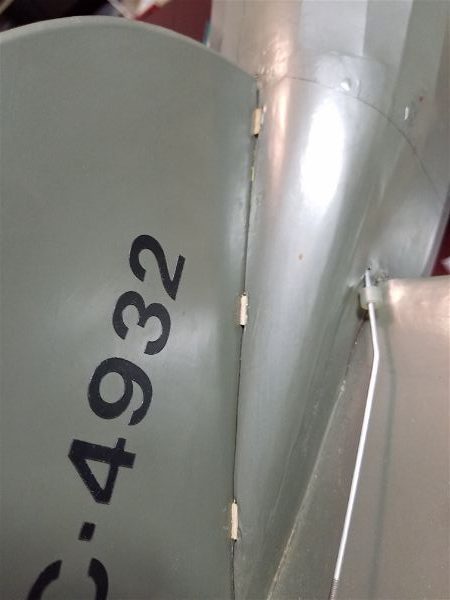 3 wedges, literally hammered into place on the starboard side of the vertical fin. 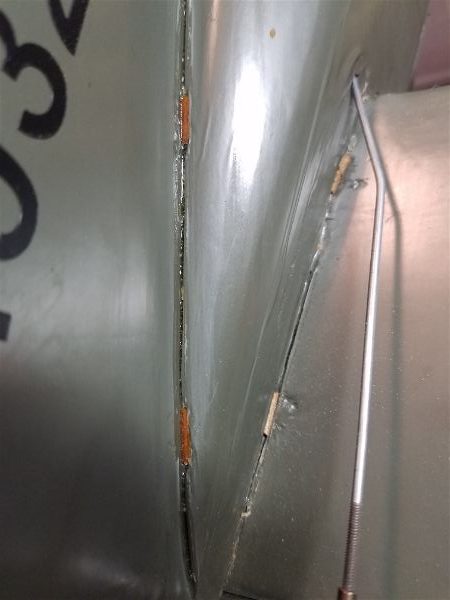 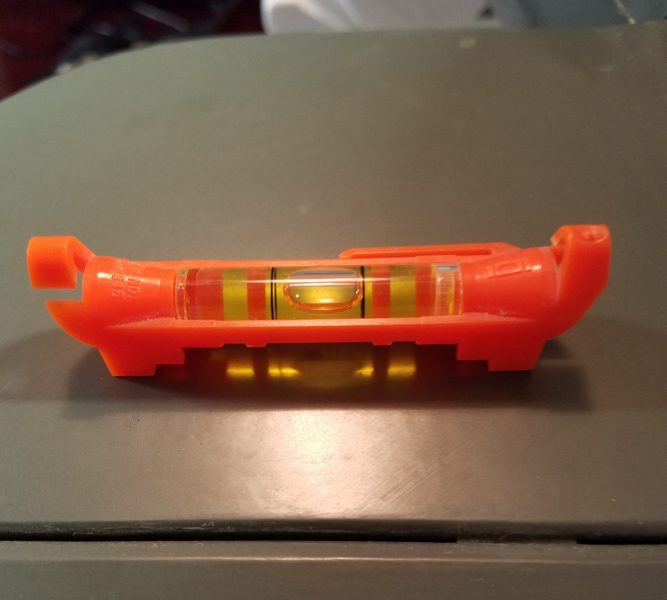 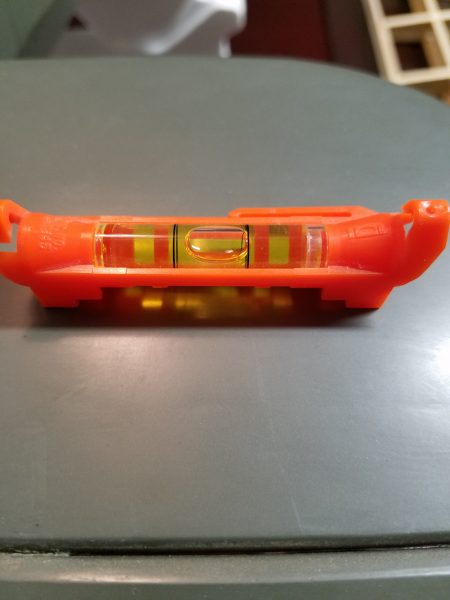 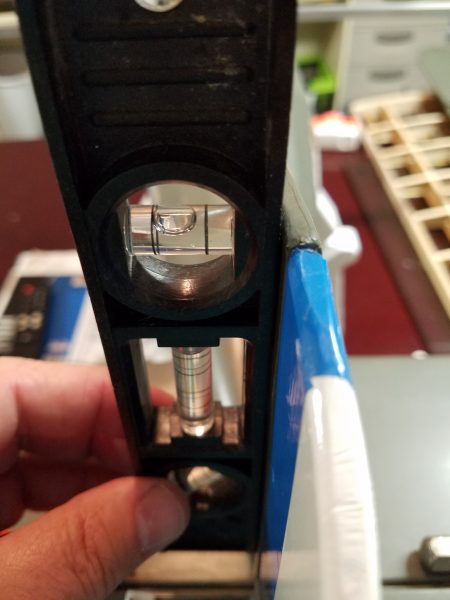 I’m pretty happy with the improvement and I’m debating adding some flying wires to help get the last couple degrees of adjustment I need to get to “perfect”.    I think it may be the only way to maintain the proper alignment between the surfaces under flight loads in any case.

I’m hoping to get a test flight in again soon and hoping that now that I have the tail all straightened up, the Bristol will start to fly right!