Another modification I recently accomplished on the Cub is to reshape the rudder.  Again, I have decided to just look at the general outline of the aircraft.  I realize that when covered, some of the “ribs” will not be in the right place and anyone looking closely will be able to tell this but in the air I doubt anyone will be able to tell!  They will see the outline, which I hope will at least be suggestive of the real Super Cub!

So here is what I did.  After careful comparison of the shape of each I decided that just a bit of a change to the trailing edge of the rudder would take care of the primary difference between the J3 and the Super.  Besides… I’m always happy to have a little more control surface!  In order to accomplish this I decided I would just laminate a new trailing edge.

Here’s the process.  To start I used my balsa stripper to create some strips of the proper width from a sheet of 1/16″ balsa.  After a quick sand to make a slight flat spot at my “start” and “stop” areas I pinned down the rudder and used some thin CA to tack down one end of the first strip. 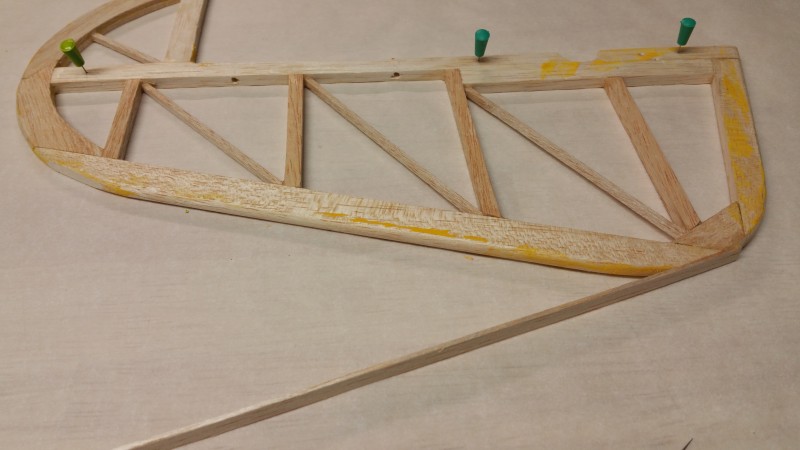 I then bent the stick to shape and tack glued down the other end and then trimmed of the remainder with my Xacto knife. 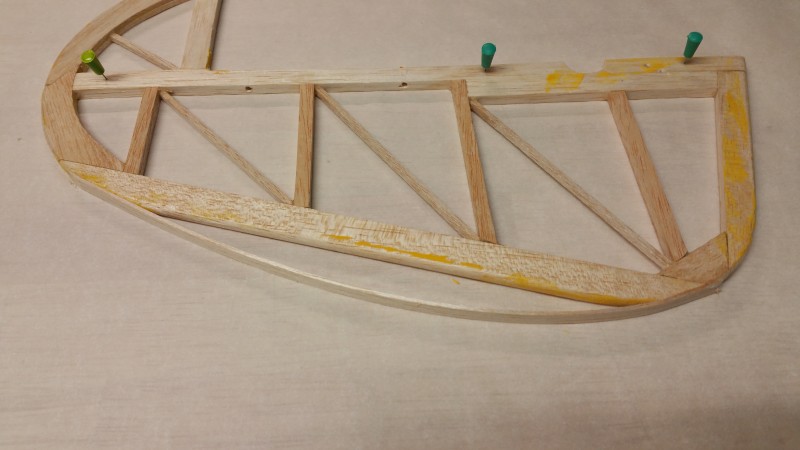 I then added two more layers of stripping.  On each one I used some wood glue between the layers and then tacked it in place with pins and some thin CA to insure it didn’t move before the wood glue set. 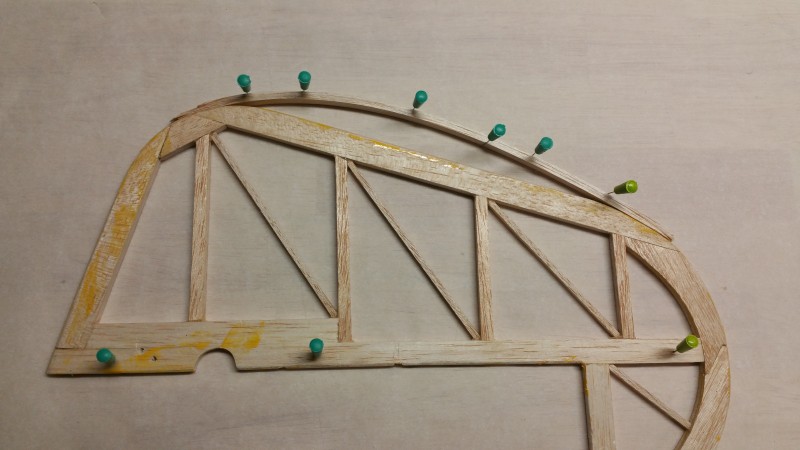 Once finished with the third strip, I added some additional support at the point where the existing “ribs” would have contacted the trailing edge.  With just a bit of sanding to round things off a bit and to taper the new material at the ends and mate it up with the existing structure, the final shape was complete. 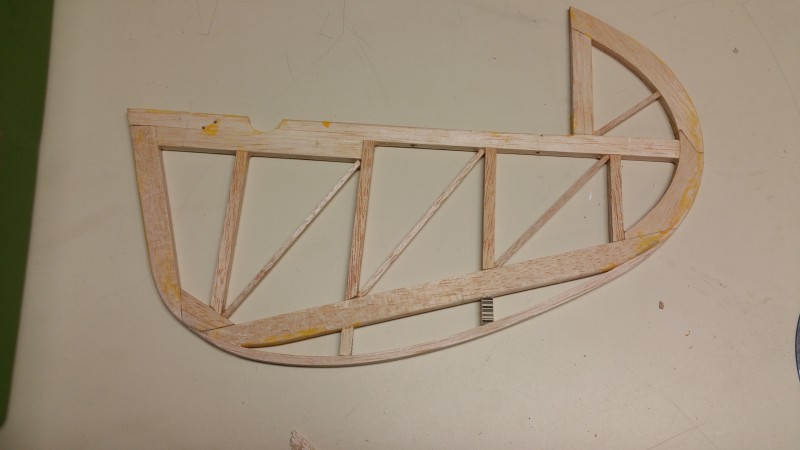 The structure is quite strong and once covered I think most folks will find it to be a fair match to the outline of the real Super Cub.

There is plenty more to do in order to get this bird finished so… more to come!