Another modification I have decided to make on my Cub is to create functional flaps.  Below you can see the inboard section of the port side wing. 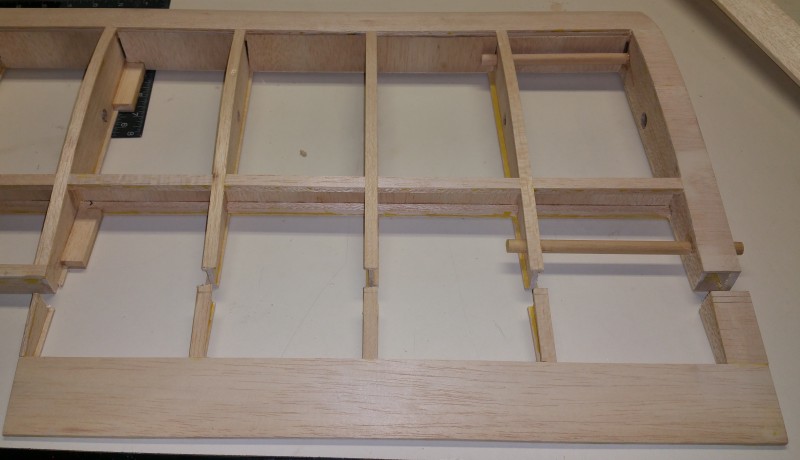 I then created a gauge from plywood with the proper angle to match the ailerons and marked and cut the flaps to match.  Here you can see it in use. 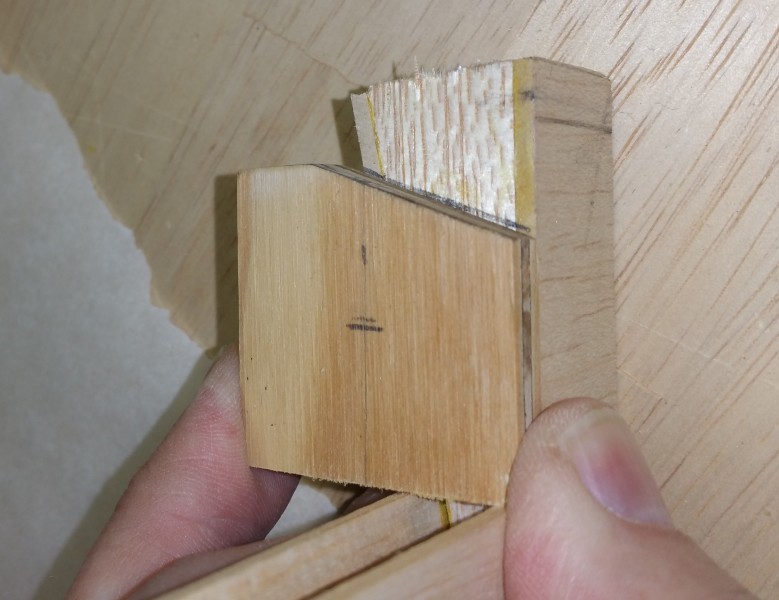 Once all the ribs were cut to match this angle and length I attached a plate to the back edge in order to finish out the flap structure and allow for hinge attachment.

I then used a plane to match the size and angle I needed on the top and bottom edge of the flap surface. 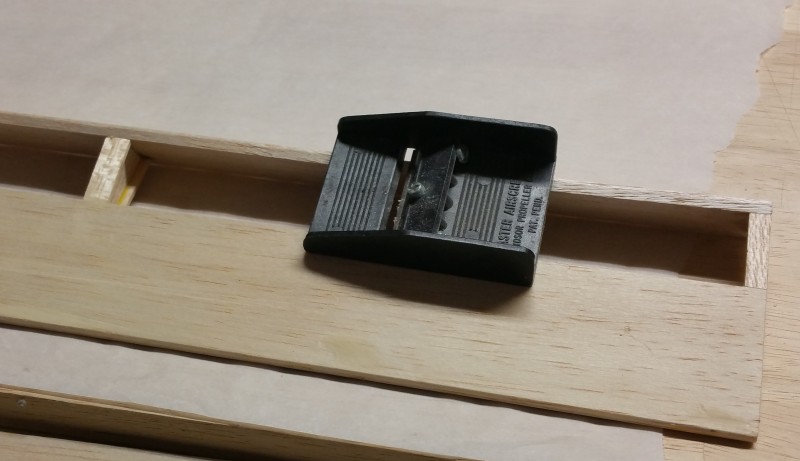 I will probably need to add some blocks at the hinge attachments point inside the flaps before they are covered in order to insure a strong attachment point.  When finished, the flaps look very similar to the ailerons.  here you can see the leading edge of the flap (left) and aileron (right)

Aside from the hinge blocks, I will need to work out servo placement in the wing to actuate the flaps before I can call these finished but the major work is done now and overall I am pleased.  The only drawback I see is that the angle of the leading edge of the flap surfaces (and the ailerons) are going to limit the throw to approximately 30 degrees of down travel.  I feel like that is likely to be enough for my purposes but I’ll do a little research to see what I can determine.

One thought that occurred to me after finishing these up is that I may just plane the corner off of the bottom edge where it contacts the wing surface.  I calculated that I could possibly gain another 10 degrees or so of travel this way.  I’d be happy with that since the real aircraft maxes out at about 50 degrees… I’ll call that close enough.

While I’m thinking that over, I may finish up reshaping the tail feathers…