I picked up a new PZ T-28 to replace the one I retired a couple months back.  I started having motor issues and had at least one servo starting to chatter, plus the foam was showing a lot of wear.  Additionally it was the US Air Force color scheme which is beautiful up close but very hard to see under anything but perfect lighting conditions.  I like to fly this plane near dusk and sometimes far up and out at times and poor visibility is an unnecessary limiting factor so I had been wishing to get back to the Navy scheme since about 2 days after I bought the last one!

Since I was pulling a new ARF out of the box anyway I thought I’d post some comments.  First, it seems that PZ really knows how to pack an airplane.  The packaging kept the plane very secure and I found no dents or dings at all.  As you can see here, its very nicely packed. 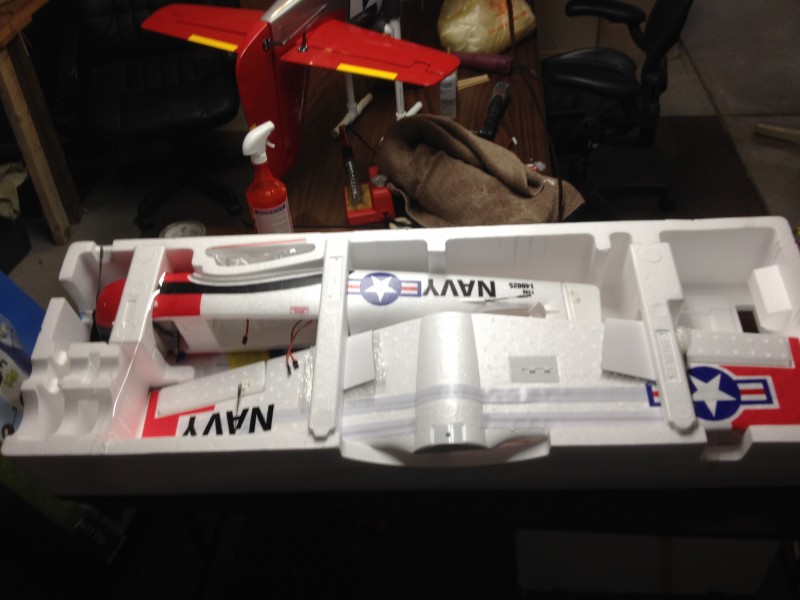 Second, the manual (which I didn’t need, since I’d done this twice before) is well written, apparently by a native US/English speaking person (at least the US/English portion, I can’t comment on the rest of the languages) which I find refreshing compared to some I’ve seen.  No offense intended to those who are native speakers of other languages but I would expect a product sold in a particular country should have a manual that is written clearly in the native tongue of that land.  Everything seemed to be present and accounted for so assembly was pretty quick.

Looking the airplane over there are some drawbacks.  The paint job suffered from a bit of over spray and the decals have quite a few wrinkles and bubbles.  While I still like the overall look of the airplane, it could look better with a bit more care in production.  Here is an example. 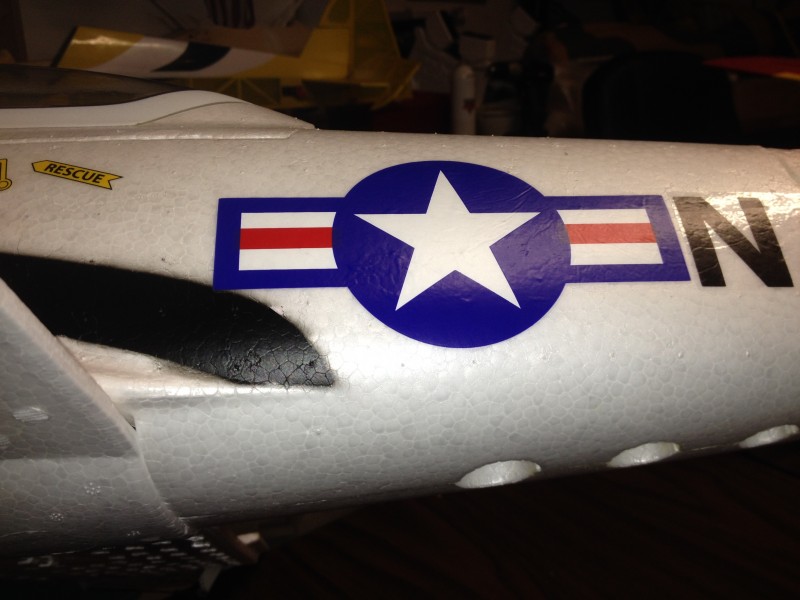 That aside, I have now flown the new plane a dozen flights or so and just as I remember it is a hard to beat little airplane.  Somehow it seems to fly bigger than it is.  While not capable of unlimited vertical… no hovering for this bird… the plane has enough power to climb rapidly and quite a bit of aerobatics are within its flight envelope.  Even better, the plane flies super stable (without needing a stabilization system) and can handle a lot more wind than you would imagine for a 2 pound foamy.  I can fly around all day doing knife-edge or simply putt along making wide sweeping turns and making low passes and it will do either equally well.  It just flies great.  It also will fly with a wide variety of battery packs.  I’ve flown them with everything from 1500-2200 3S packs from 15C to 45C discharge rates (static testing showed about 14A, so 15C is sufficient) and any of them will work.  Lower capacity batteries which are lighter and high C rated packs improve performance but the lower end (cheaper) batteries work well and keep costs down so suit yourself!

In the past I had typically hand launched the T-28 as the small wheels are not always conducive to upright landings and smooth takeoffs.  I have been a proponent of getting rid of the wheels from the beginning as it also lightens the plane up a bit… always good in an airplane that doesn’t have unlimited vertical anyway.  This time, however, I decided to get back to some wheels takeoff and landings so decided to put them on.  They were a problem on our grass field.  Not intolerable but occasional flip overs and difficulty taking off with anything less than full throttle and full up elevator.  I like a nice easy takeoff and upright landings so I recently changed them out for some Dubro lightweight wheels that I’ve seen others use on the other similar size PZ aircraft.  Here is a comparison of the old (smaller) wheels and the newer, larger set. (Dubro 250MS) 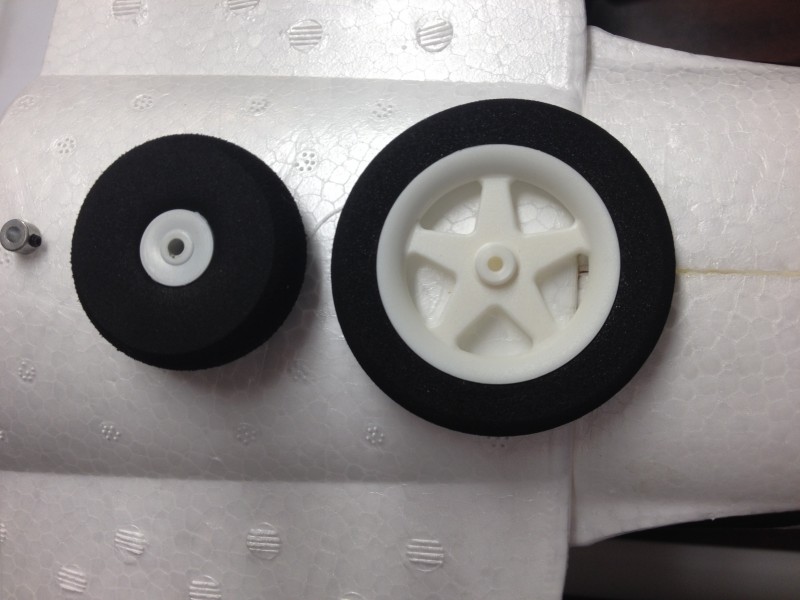 Here is the complete set installed.  The existing axle caps unscrew and so can be reused but I did need some wheel collars to add inside the wheels to keep them from rubbing the wires.  I also had to drill the wheels out to 7/64ths to fit the wire axles. 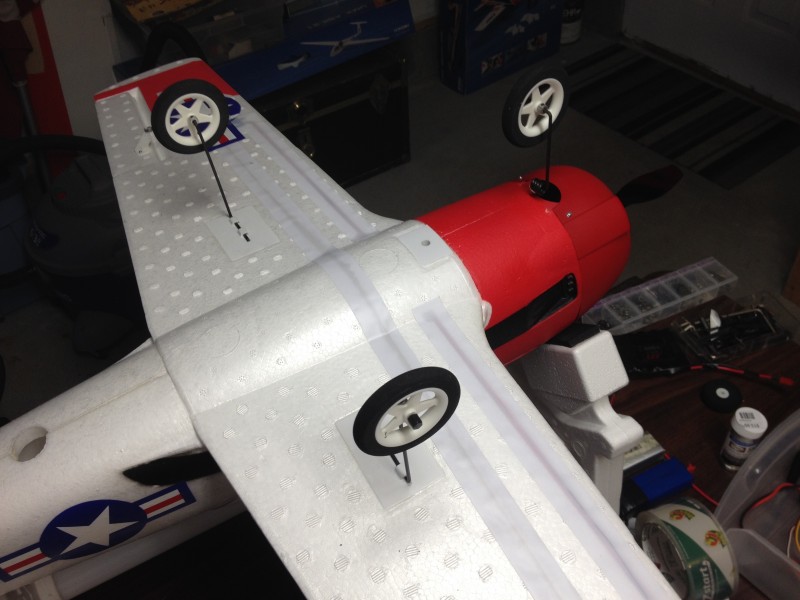 I flew at the local field using these the other day and it really makes a difference.  Much easier to roll on the grass and landing went great.  The nose occasionally will dip as the landing gear bends back but not a big issue and I think extending the nose gear just bit will help with that as well.

One final construction note.  I have noticed in the past that the wing tends to rock just a bit when installed, even with the machine screw at the front nice and tight.  In order to keep the wing snug, I add some wing saddle tape to the body before I install it.  This tightens things up remarkably.

Since I had an extra Telemetry receiver lying around….  I had to install it, and an altitude module, and… well I’m still working on the rest!  Don’t know how long I’ll leave it in there but it’s fun to gather some data.