I’m constantly updating and hopefully upgrading my RC gear and recently I decided I needed a new charger. The one I bought is the Hitec X1 Pro.  I bought it in combination with the Powerbox 17A power supply. 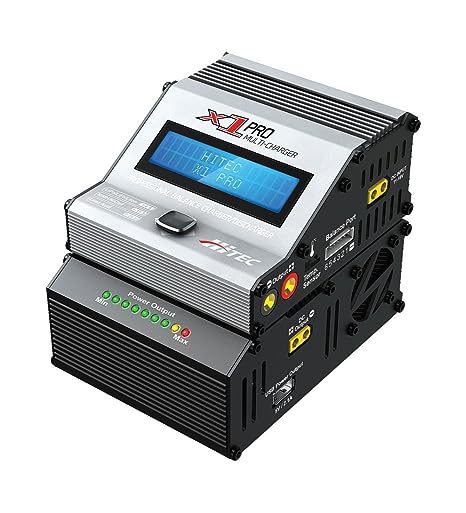 A couple of reasons I think the X1 Pro will serve my purposes.

I have been doing some flying indoors as well as running an RC car at the local track and I found that my current charging options (a Hitec X4 CD charger and my PL6) just don’t fit the bill for a couple reasons. The Hitec is adequate for some needs but with only 50W power per channel it can be a bit slow for some needs and requires a DC power supply to run it which adds more weight and bulk… especially since all my 12V supplies are fairly heavy and large. The PL6 certainly has the power but it also needs a DC supply and it is a fairly pricey charger so I don’t like to drag it around very much for fear of damaging it. It usually stays in the airplane trailer or the shop.

After my buddy Corey picked up the combo X1 and power supply I had a brief look at it and decided it might be the solution. Power supply and all it is very small and is capable of charging at 180W! That means I can charge a 2S (for the car) at around 20A if I like! This could be a very quick charge for a single battery or I could charge several of my more common aircraft batteries at once with a parallel board.  Even with the power supply the unit is a <6″ cube so portability is excellent as well. Another bonus is it can discharge at 30W which is better than most chargers so getting down to storage charge when needed is quicker as well. Second bonus is the price for the package.  I have seen them from $130 to as low as $80 for the pair… Hard to beat even at the higher end of the price range.  So I brought one home today.

When you unbox the X1 and the power box you will find that you can connect the two with some nifty little double ended banana plugs.  They supplied 4… 2 are needed.  I suppose they will eventually wear out so having spares is a plus.  I removed the little rubber boot on the bottom of the X1 and plugged the two units together with the double ended bananas and presto, I had a fairly compact and powerful AC powered charger. 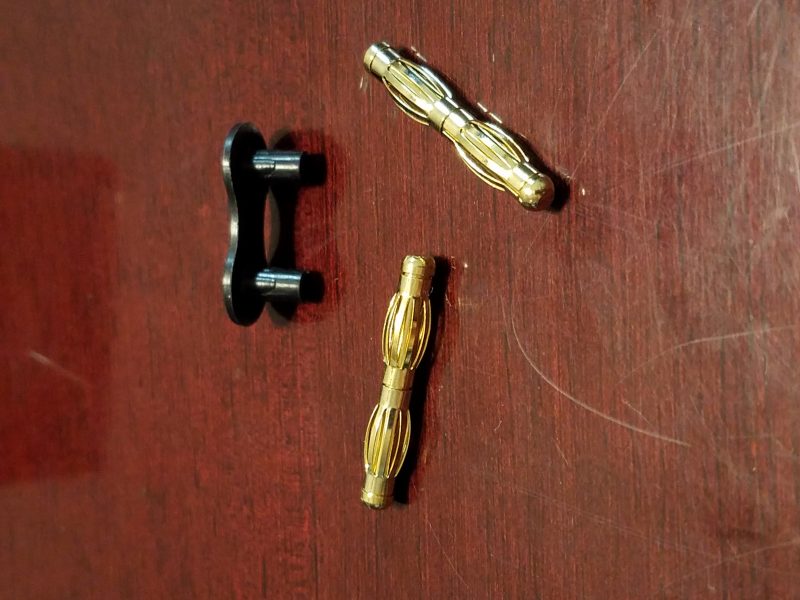 In fact, it is compact enough that I don’t think I’ll be taking it apart anytime soon so I decided to come up with a way to keep them semi permanently attached in this configuration.  I can see where leaving it this way and packing and unpacking it might stress the bananas so here’s what I came up with.

First I loosened some of the cap heads on each side where they are closely adjacent on the two units.  Then I took some wire and bent it around in S curves such that tightening the screws would capture the wire.  Here’s a closeup. 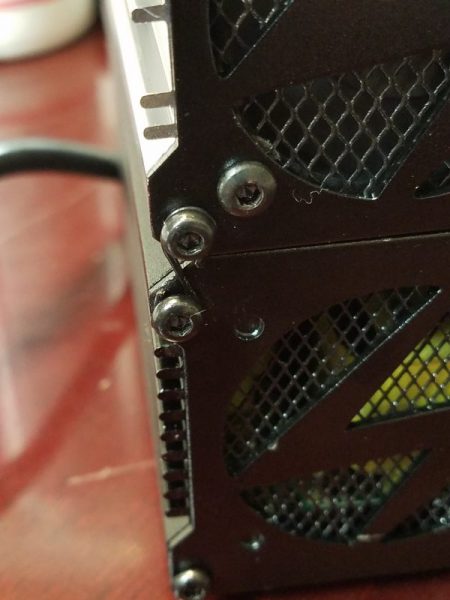 I did this near all 4 corners and now the unit is practically one piece.  Since I used fairly small, semi-soft wire I can easily take this back apart if I decide I want to modify this setup later.  I may eventually make something more like a “latch” from servo arms or something but for now I think this will work well.

My only trepidation at this point is I need to find a proper box or padded bag to put the unit in to protect it when it’s in my car “satchel” where it might get rubbed against and scratched.

I have only run the charger a couple times so far but I am quickly getting accustomed to the controls (just a slight difference from most I have used).

Finally, the first time I tried to pull the connection that goes to the balance board from the charger, I had real trouble releasing the catch.  There didn’t seem to be enough room between the connector and the case to release it and pull it out.  I almost pulled the connector right off the pins!  A razor knife took care of the pesky latch!   Nothing else I have needs a latch on this connection so I don’t think I’ll need it.

So far, I think the little X1 with the Powerbox 17A is going to be a welcome addition to the charging lineup around here.  I have seen some indications that they may soon do away with this charger and power supply!  I hope not as it seems to fill a niche for me and think others may be interested as well.