So of course, after the successful recovery of George’s glider, there was soon the need to find another members aircraft that made an “off airport” landing.  I assumed it was unlikely that I could get lucky a second time but a couple weeks after the first recovery, I was again flying laps out over the corn and then crossing back over the field to get that all important reference point.  After a few passes and reviewing the video we once again spotted the telltale sign of something “not corn”.  Just like last time, we lined up the sighting with the entry point on the field and in a very short time we had the airplane… or at least an airplane! 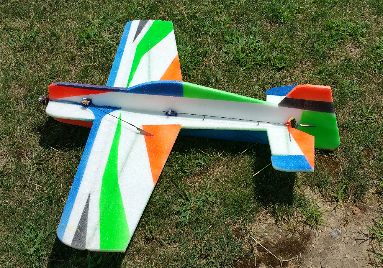 Gene, the owner of the aircraft we were searching for made a slightly disconcerting observation.  Upon my presentation of  the retrieved aircraft, he exclaimed “That’s not my plane!”  I considered returning the aircraft in question to the field where I found it… maybe they are just sprouting out there.?.?. but then realized it would continue to cause a false positive result so instead I put it in the club shelter and started out again.  Again, the telltale shape of wings showed up in the video and we got a passable line on the downed aircraft and once again we found an airplane!  The one Gene found looked more like this one (though I don’t recall the exact model): 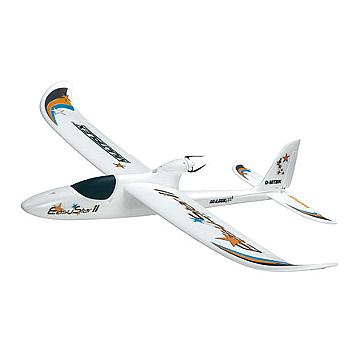 But wait… just as Gene hollered out he had his airplane in hand I was looking further down the row of corn I was walking and looking at a wing sticking out ahead of me!!?!?

It didn’t seem likely but I had to go on out and look and sure enough there was a wing… but that was all!  As it turns out this was the missing wing for the glider that had started this search a couple weeks before.  I’m not sure it had a lot of value… but it was certainly the topper to an interesting day.  How many others can say they started out to search for 1 plane and found 2 and a half?