I have a “Jumping Jack” Skydiver (static line… i.e. chute opens on leaving the drop “box”) that we dropped 6 times today.  Only once did we have a hangup where some of the rigging got caught and he stayed hanging under the plane trailing the chute and not letting go.  All other jumps were successful.  This is especially gratifying since this was the first time that we had dropped him with the addition of an American flag trailing about 6″ below his feet.  The flag is 8×12″ and it looks pretty good trailing below him.

Here is a shot of Jumping Jack (I refer to him as George ’cause my father was 11th Airborne and his name was George).  As you can see he has a safety orange para foil type of of steerable chute. 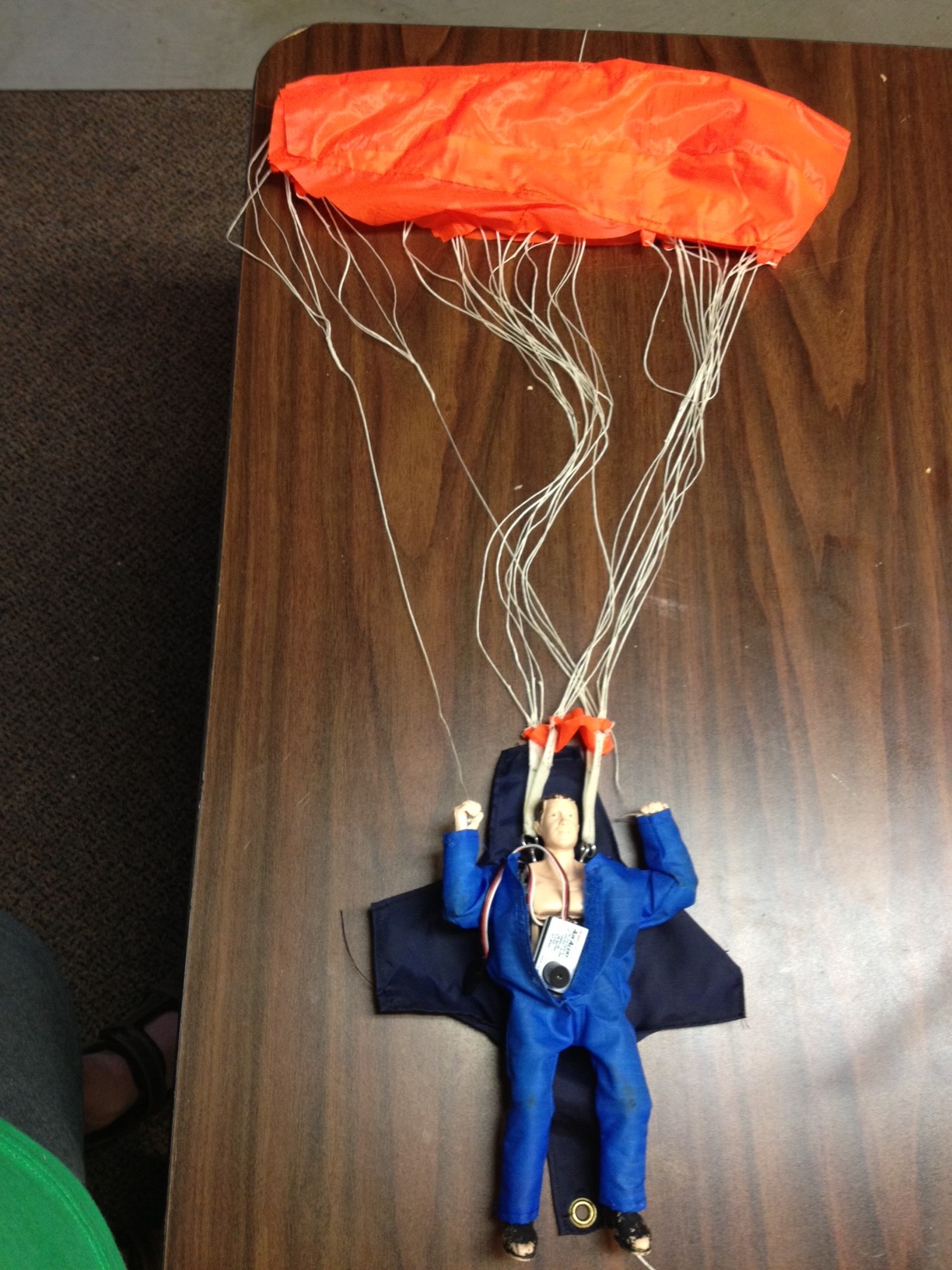 As you can see below; in the front of his jumpsuit is a battery (I normally use a 2S 6.6V 200mah LiFe from Hobbico) and an air alert to help find him should he find his way into the adjacent farm field.  The receiver is hidden in his lower back area and he has Servos at the shoulder of each arm that rotate his arms up and down. 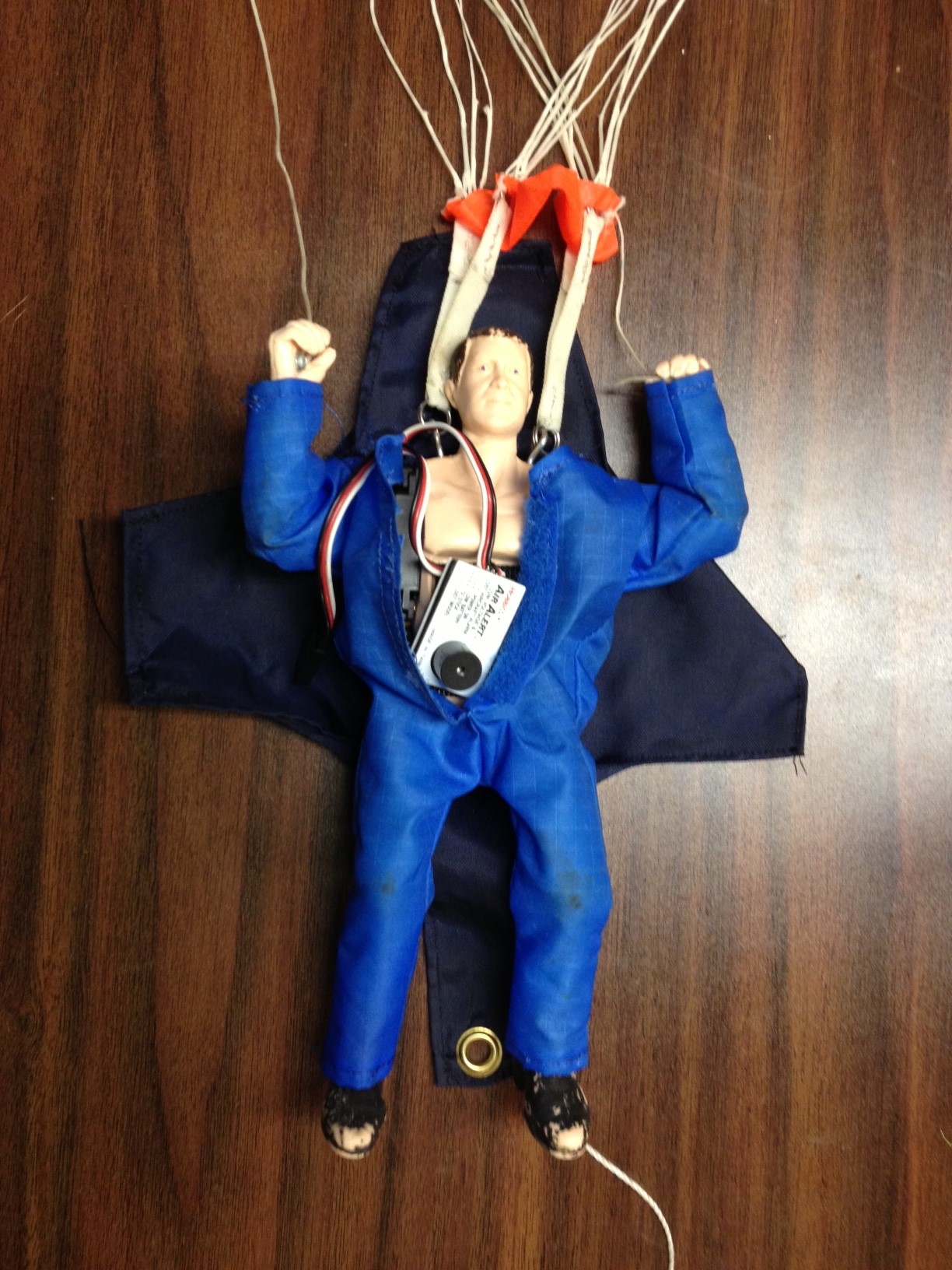 Here’s a shot showing the flag I have just rigged up to trail along below George.  It actually works pretty well.  In fact I think it acts as sort of a rudder so if you just don’t touch any controls he tends to steer into the wind!  As you can see I used a couple pieces of soda straw to allow the flag to rotate around the rope without causing anything to tangle. 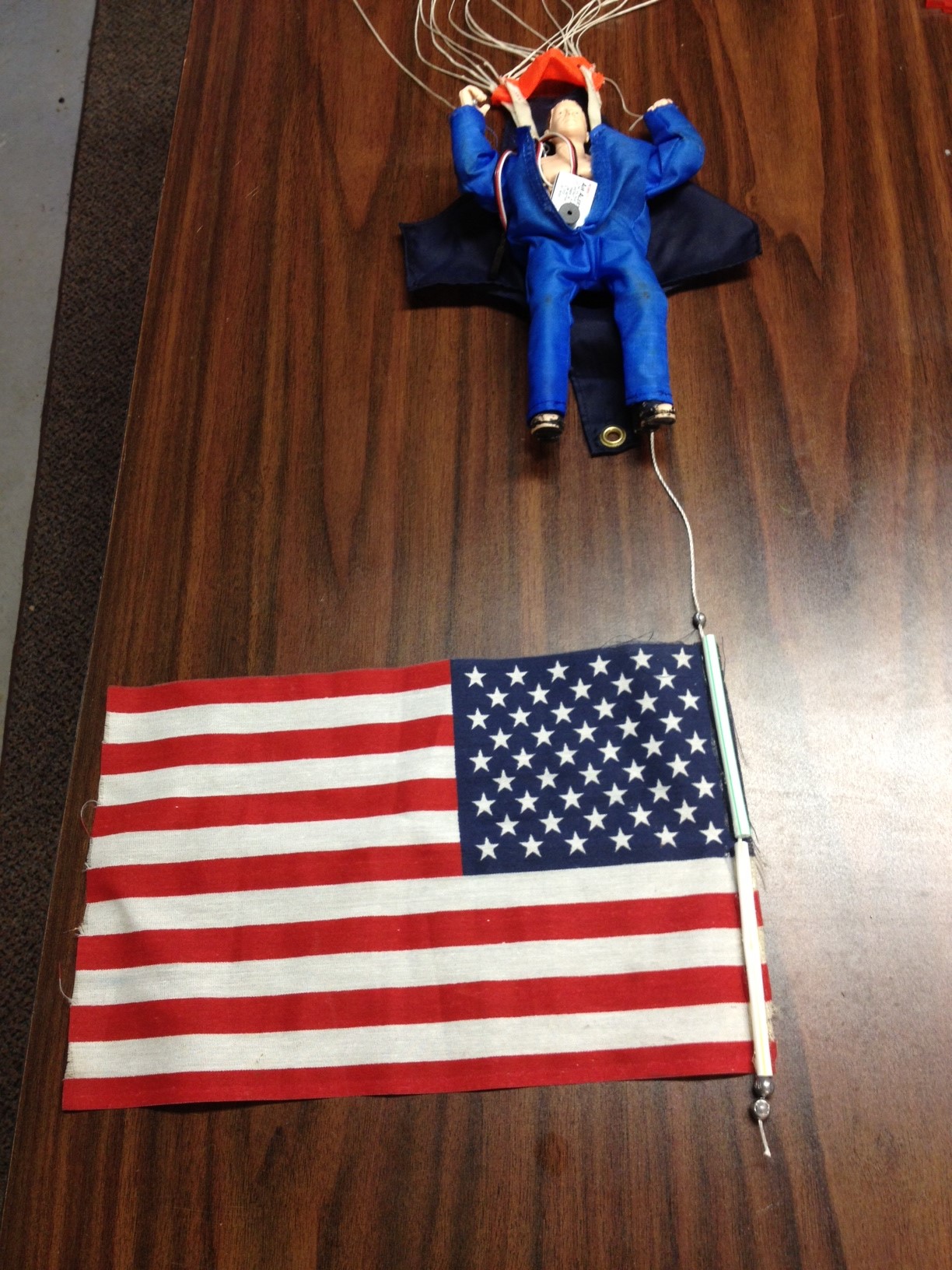 The two lead sinkers (split shot) at the bottom keep the string more or less vertical and the top one keeps it from riding up on the string.  The flag is hot glued to the straws.  I used two so I can fold the flag over double top to bottom and then I fold it in fourths so it will fit up under the plane trapped between George and the plane until release. 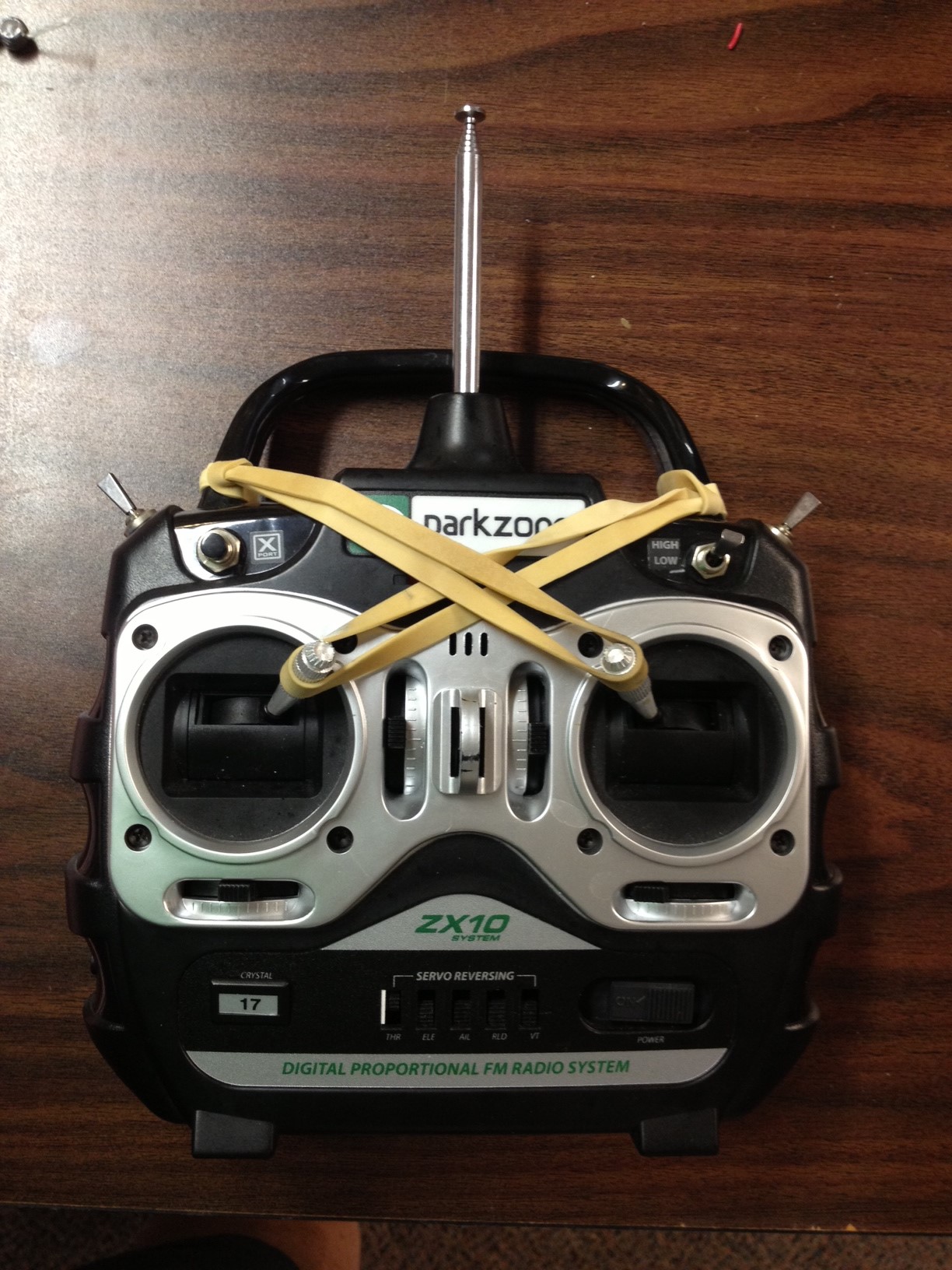 Here is my specially setup radio for steering George around.  The left stick controls his left arm and the right his right arm.  Left arm is “Aileron” and Right is “Rudder” for those of who fly mode II.  If you push the right stick to the right he pulls down on the rigging and turns right.  Similarly if you push left on the left stick he will turn left.  If you push both simultaneously he will slow his forward motion.  Pulling the sticks toward you does nothing.  Fully pushing away from center on both sticks causes a “flare” which slows both his forward and downward motion.  Highly recommended just as George touches down to keep George from breaking his legs!!

Every successful release today resulted in a touchdown within 20′ (at worst) from where we were standing.  George is quite easy to steer and he can pretty much hang in a 10 mph wind while losing only a little horizontal ground.  On the 6th jump his battery died and he turned into the wind, I suspect largely due to the trailing flag, and floated down nicely.  Thanks to a good drop location choice… slightly upwind and high… he was just off the field and easily retrieved.

Thanks to Kelly, my Jump pilot, the Telemaster that carries George up came back safe from every flight as well even when we ran it empty!